Rescue 170 dogs Bosnia There are 0 kg missing to succeed 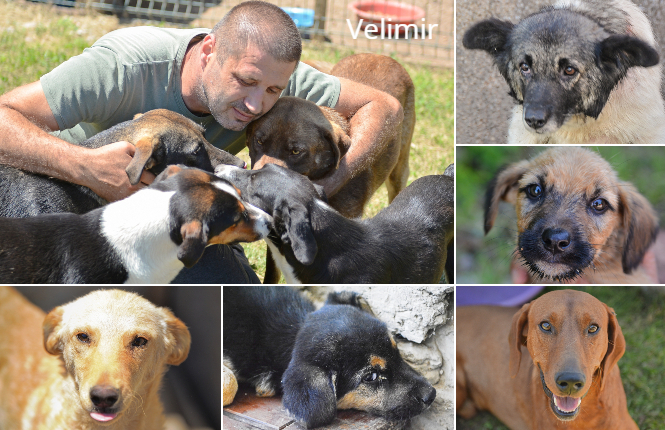 1. In Bosnia, Velimir is almost out of kibble to feed the street dogs under his protection, they will starve to death if nobody intervenes! 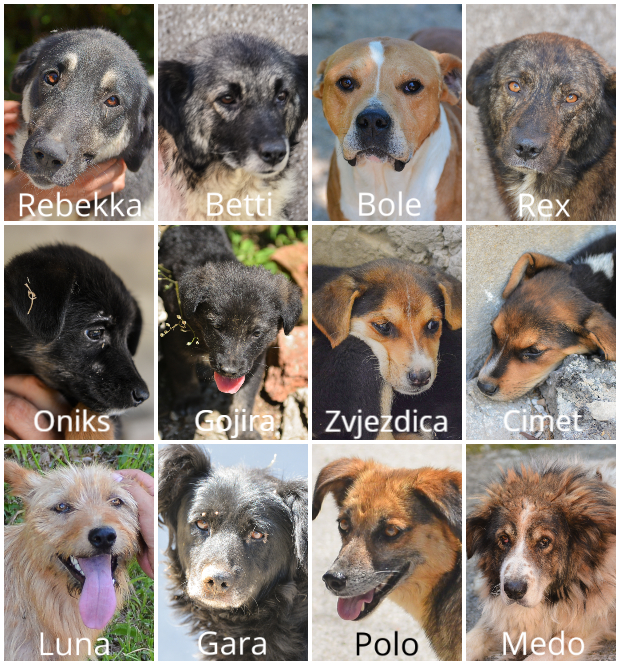 "I go and feed about 50 dogs on the streets daily. All these stray dogs are constantly in trouble, they often get injured and are left unprotected. Additionally, we have a problem with puppies, their number is growing right now and they need to be vaccinated before they can be taken to safety.

But my biggest problem is food... Every day is a new challenge to manage to bring the strays some kibble. I spend all my income on dogs because donations alone do not cover the costs of my actions, and even so I can no longer provide strays with regular food; we have had to reduce their meals.

I am afraid that they will attack people and domestic animals, and that vulnerable ones will get sick... I would like to place them all in my shelter, but that is impossible because I do not have the conditions for that. I feel horrible and helpless."

2. Aging and in poor health, Medo is too wary to be moved, but he won't survive on the streets if Velimir can no longer feed him. 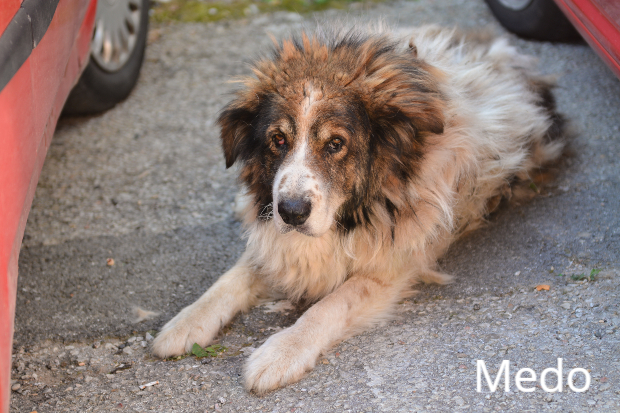 "I've known Medo for a while. He is a very old dog, about 12 years old. He has been abandoned by his owners, and he is covered with scars on his head, muzzle and hind legs.

Medo was very distrustful, it took us two months to approach and touch him, and the vet actually had to come to the street as Medo was very frightened and would not come with us. And as he will never let us take him to the shelter willingly and we don't want to upset him, we have arranged a place for him outside where we leave him some food.

Now Medo is a bit better and we have managed to gain his trust, but he is moving poorly and he sleeps most of the time, both because of his age and his former injuries. He needs care and kibble, and if we don’t feed him everyday, he will die."

3. The lack of kibble also threatens the 118 dogs in the Velimir shelter, who are already suffering from poor nutrition! 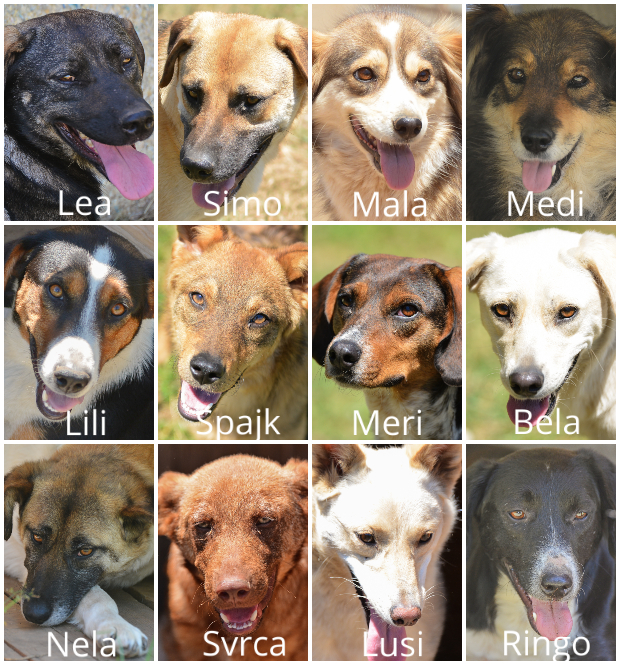 "The shelter has been full for weeks and with 118 dogs, my main concern for the coming period is how to provide food and care for all of them. I finance the shelter's expenses mostly with my own funds, which I no longer have... Consequently, the shelter can no longer function normally.

Two weeks ago, I had to cut back on meals because we had run out of food completely, and now I've managed to buy 30 kilos of lesser-quality food... that will last today only. Dogs are getting more nervous and if they grow hungrier they will become aggressive and attack each other.

I dedicated my life to the dogs, they are my main motivation: I have been feeding many of them since they were babies, I love them and I can't just give up on them. I wouldn't be able to stand it if they have no food left to eat."

4. Cvrle was found mutilated, he now lives with only three legs and is entirely dependent on Velimir for his daily food. 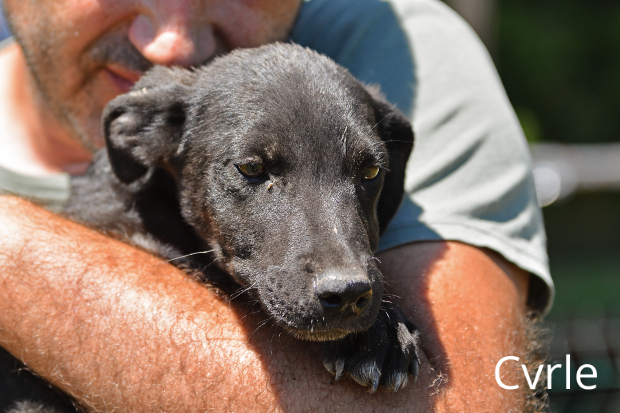 "Cvrle is about 5 months old, we were called on him by some citizens who had found him a few days earlier.  He was found without the hind right paw, we believe that it has been cut off.

His condition was really bad, but we gave him appropriate care and he is now on the way to recovery. Without our care, he would not have survived, and he'll still need it as he would not be able to survive on his own." 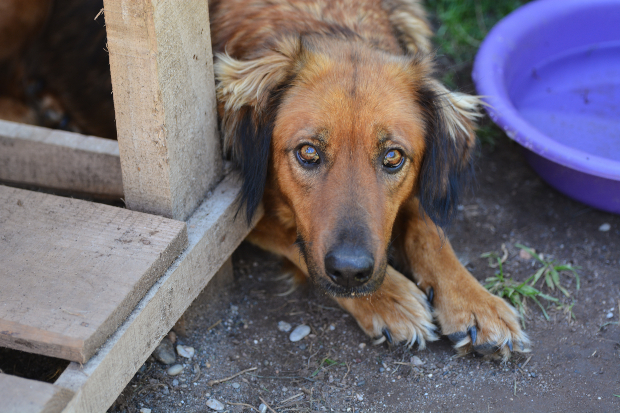 "The pandemic still have consequences on us: donations have been very small for several months now, we have had fewer and fewer donors and no local support. Good news is, the Municipality has promised they would increase their help, but we haven't received the money yet and it will cover only 1/6 of all yearly expenses anyway.

In addition, we have had to conduct a campaign of revaccination of our dogs, and we have sterilised and chipped all of our puppies. Despite some help from a Dutch organization, it resulted in a very large debt at the veterinarians, who now will refuse standard care for our dogs until the debt is settled.

And our brains are so paralysed by the lack of kibble that it prevents us from addressing other vital aspects of the shelter, such as improving the water and electricity infrastructure. Having kibble for a few months would be a real relief."

6. Velimir is not asking for money, only kibble to keep the dogs from starving. 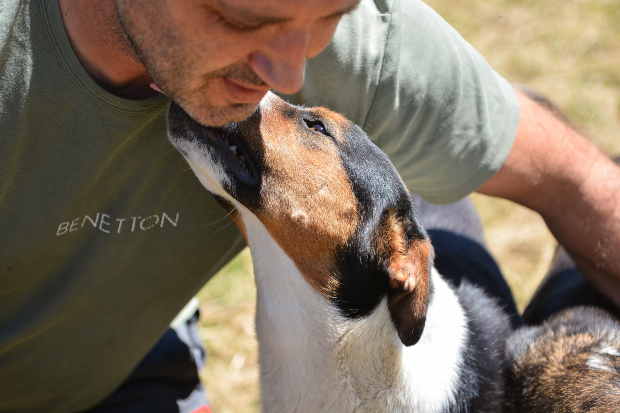 "We are the only registered association for the protection of animals in Srebrenica. Before we came in, the Municipality had hired a company in order to have abandoned dogs killed — we stepped in and stopped such an inhumane way of dealing with dog abandonment!

Silver Dog Srebrenica is the only association that rescues unwanted dogs and works on a "no-kill" system, and we have directly contributed to the reduction and the fair treatment of dogs on the streets. And I am proud to make our association survive, even if that means I have to struggle daily for it.

I hope that our work will be recognized and that we will manage to have a fully functional shelter where all abandoned dogs can be protected. It is extremely important that people recognize our love and our care for the dogs, so there won't be any more dogs being tortured and killed on the streets."

7.  If this campaign succeeds, Velimir will not receive any money but 1920 kg of kibble, delivered from Animal Webaction's logistic platform in Bosnia. 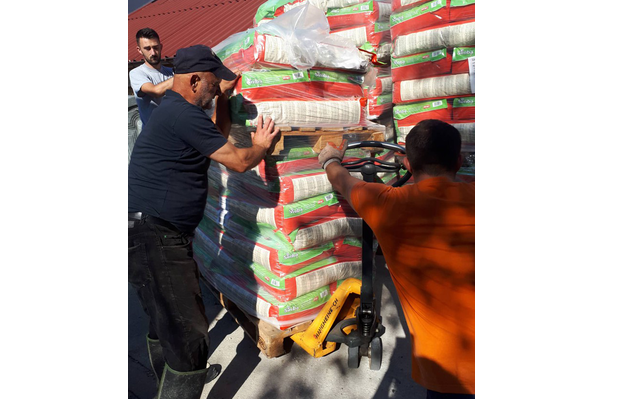 Animal Webaction has a logistic platform in Bosnia which allows us to intervene quickly and deliver kibbles.

8. Laborious adoptions, unsuccessful sponsorships... Velimir doesn't know what to do to gather more support, without this campaign he won't be able to feed the dogs! 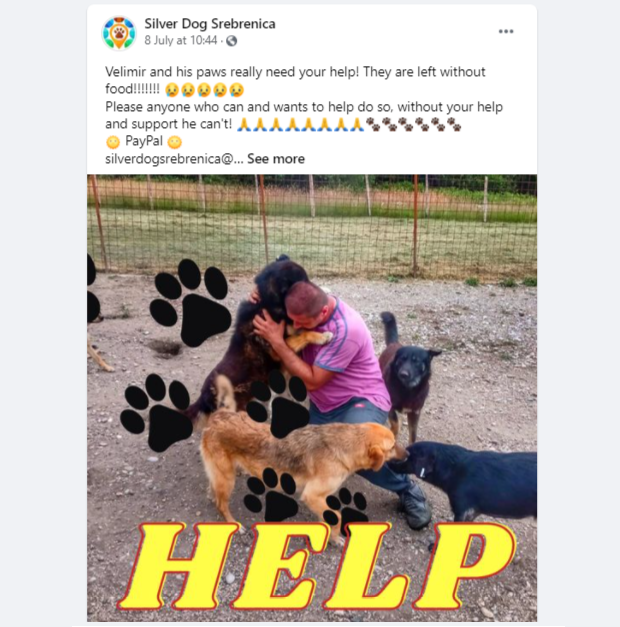 "We try to find families to our dogs but we haven't had much luck recently as adoptions are still reduced due to the pandemic... Besides, we want to make sure our dogs get adopted by the right people! As a result, we've only managed to get two dogs adopted in the last two months.

Also, our Facebook page is not going well... In July, we've received 60 euros only — that is one day of shelter's costs! And our attempt to fundraise separately for each dog hasn't been a success either.

But we won't give up, we will continue to work very hard and transparently, as we did from the start. We really wish this action succeeds so the dogs can be fed and safe for at least some time. We can't do it alone, we need people's help!" 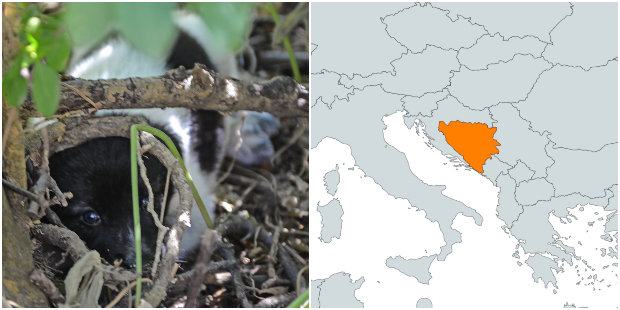 If you know of a foundation or NGO that could help Velimir, please invite them to contact us so that we can put them in touch with each other.

If you represent a Foundation or an NGO for animal protection, please help Velimir's dogs, contact us and we will put you in touch!

If you want to come to Velimir's shelter to help him or if you want to send him some kibbles or a check directly, contact him via the association's Facebook page. (Note: direct help is under your own responsibility.)

Here is your quiz Moka

Because he is a male, Moka was going to be slaughtered!

Here is your quiz P'tit Lu

Between his heart murmur and his infections, P'tit Lu is quite weakened!