SOS Serbia handicapped dogs There are 0 kg missing to succeed 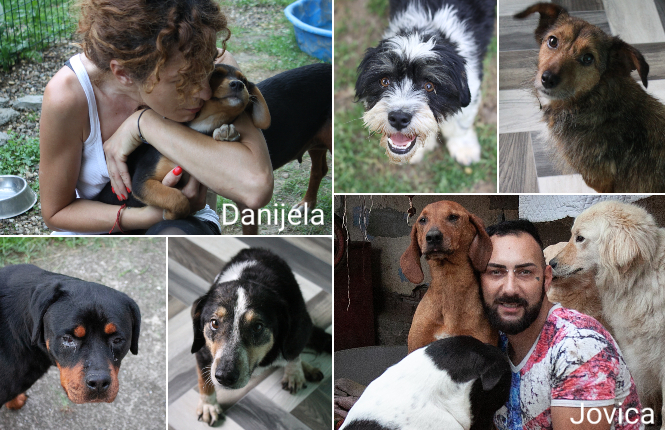 Animal Webaction visited the site 09 June 2022 and confirms the situation described below.

1. In Serbia, Danijela has almost no kibble left to feed the 70 dogs in her shelter. They will starve if nobody helps them! 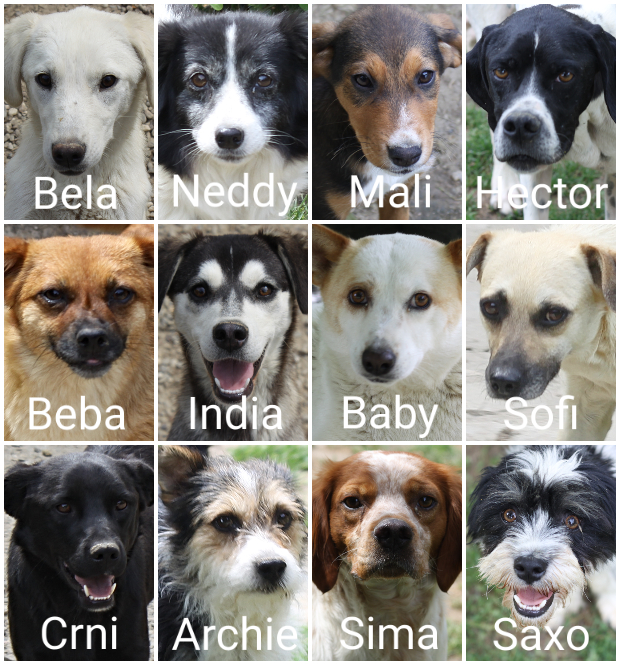 "The war has impacted us greatly, especially in the last two months. A lot of people from abroad have canceled adoptions and donations because of the economic crisis. The dogs that should have gone to the UK can’t go now,  because they added new rules for dogs entering the country... Our shelter is overcrowded and everyday I get at least ten calls about spotted abandoned dogs on the streets, mostly puppies. Someone even left a box with 5 puppies in front of the shelter a few  days ago...

Unfortunately, we can’t give the dogs as much food as they would need, my salary is not enough, donations are low and petfood prices have increased a lot... we can't keep up! The dogs have been eating the cheapest type of kibble on the market for over a month, which we can't even manage to buy in large quantities...  So we buy old bread and mix it to make it last longer.

The lack of quantity and quality is starting to have an impact on our dogs' health, their immunity is weakening, they are more fragile and more prone to catching diseases... My main concern is that if we don’t have food, I simply don’t know how we will prevail... sadly the only option would be to put some of the dogs back on  the street...we need support, we can’t do this on our  own!"

2. Abandoned with her puppies and suffering from a head injury, Lepa needs kibble to survive and be able to nurse. 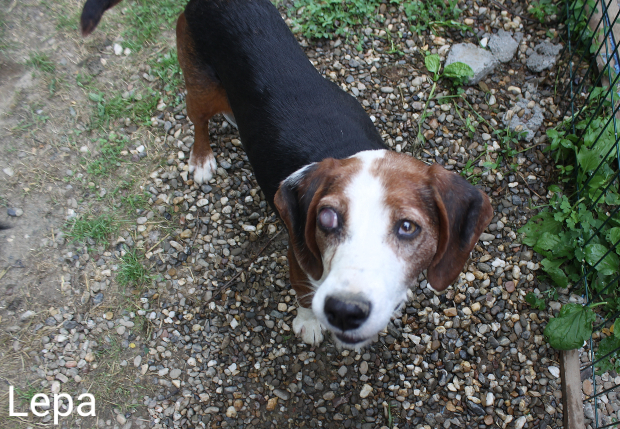 "Lepa has been at the shelter for about 2 weeks; she was abandoned with her puppies in a village. The villagers were threatening to kill them, we knew we had to take them with us! She has an eye injury and a head injury... She has suffered many physical and emotional traumas; she is very vulnerable and if we don't keep her satiated, her immune system will collapse. Her own health will be at risk, as well as her puppies'... It is imperative that we find kibble to prevent ourselves from such a scenario!"

3. The association's second shelter welcomes 40 handicapped and severely weakened dogs who are also threatened by the lack of kibble. 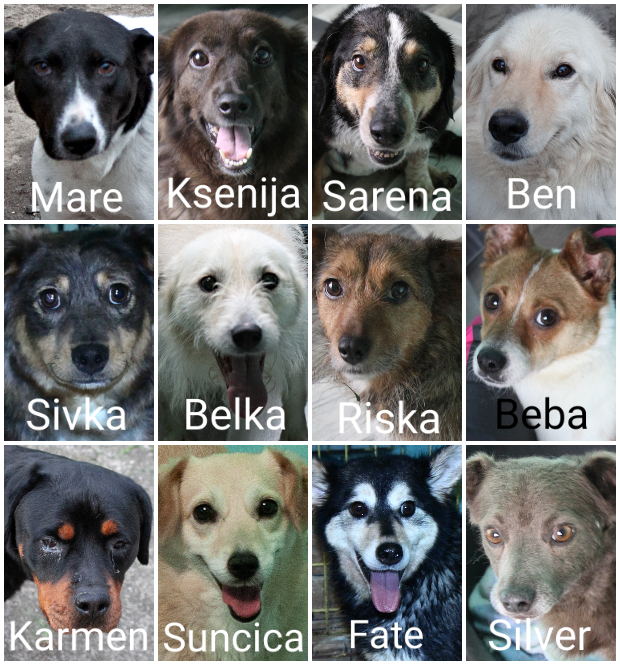 "Almost every day, we are finding either poisoned dogs, or dogs that have been beaten up. They are  especially being thrown out in traffic areas, so a lot of them get injured or killed by cars, which is tragic. I don’t recall the last time there were this many abandoned dogs on the  streets. Because of the inflation, I think that many people are finding themselves unable to care for their pets anymore...

We are the only association in the area that primarily focuses on badly injured, sick and handicapped dogs... We give them an advantage because they wouldn’t survive on the streets or even in city pounds. We are proud to have managed to build this place for them, where no one will torture them because we know that if it wasn’t for us, these dogs wouldn’t make it.

But at the end of the day, if they lack proper food, their damaged immune system will lead to more sickness. If this doesn’t succeed and we don’t receive food, a lot of our dogs, already sick, will get worse... which will lead to more visits to the vet, more debts, and more fear of losing those dogs, after everything we've done to make them improve..."

4. Seriously injured and handicapped following a car accident, Crni's survival is only assured if Danijela and Jovica can feed him! 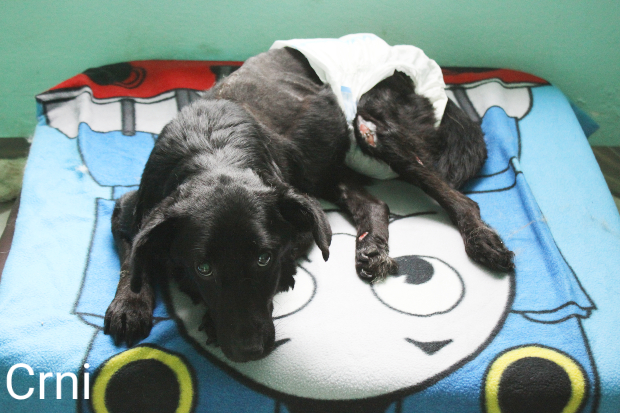 "Crni was hit by a car, he was lying in the street, unable to move... The impact caused severe injuries, he has an inflamed bladder, he is urinating blood and unfortunately he has become unable to use his hind legs, despite the operation he underwent. He is on medication and needs constant special care. We are the only ones who can feed him and take care of him now... It would be fatal for him to be deprived of a stable kibble intake given his very fragile state."

5. With low donations and ever-growing veterinary debts, Danijela and Jovica can no longer buy kibble for their dogs! 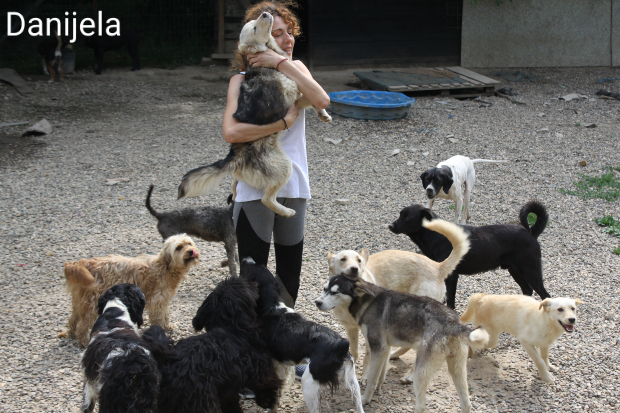 "Since January, we have had 20 adoptions, which is much less than usual. Donations have also been down because of the war in Ukraine and the subsequent inflation. I don't know what to say honestly, sometimes I still feel like I have to pinch myself with everything that is going on in the world right now...

Our vet debt is already huge and growing by the day as our dogs need a lot of medication and treatments every month. On top of that, we have all the other monthly expenses - kibble, electricity bills, garbage collection, etc.

Unfortunately, my salary alone is not enough to meet all of these needs and to make matters worse, the price of a single bag of kibble has never been higher than it is today... Getting enough kibble for all our dogs is our top priority but we can't do it alone, we need some help!"

6. Danijela and Jovica aren't asking for money, only kibble to prevent the dogs from starving! 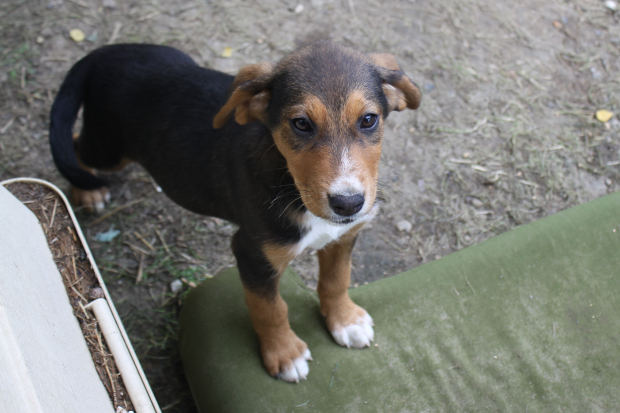 "There have been some disturbing changes lately, the government is trying to change the law and allow euthanizing street dogs and dogs in pounds, because they don’t want to deal with the issue in a more humane way and use the strategy that animal organizations have been suggesting them for years, which is sterilization... instead, they want to legalize murder! We are fighting against it, we are making protests and complaints, but nothing. We are not being heard by our government.

I used to have hope, but now I have less and less with each day. The authorities are not interested in the abandoned animals, they only see what brings them profit, corruption is  everywhere, nobody is following the law. The life of the animals in this region is becoming more and more dangerous every day, they really only have us to rely on... but in order to help them, we also need help in return!

Taking care of this many dogs implies a lot of expenses and a lot of work – cleaning the whole shelter daily, feeding the dogs, giving the sick ones their treatments, taking them to the vet, and then taking care of the calls about new abandoned dogs, looking for their new homes and  adoptions, raising funds... All of this becomes impossible without sufficient outside help."

7. If this campaign succeeds, Danijela and Jovica will not receive any money but 2000 kg of kibble, delivered from Animal Webaction's logistics platform in Serbia. 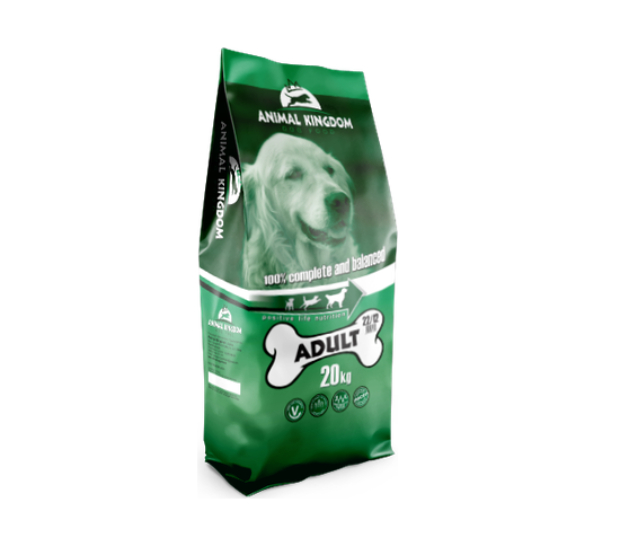 8. Danijela and Jovica are finding more and more dogs abandoned on the streets. Despite the help of a few loyal supporters, they are at a standstill and can no longer buy kibble! 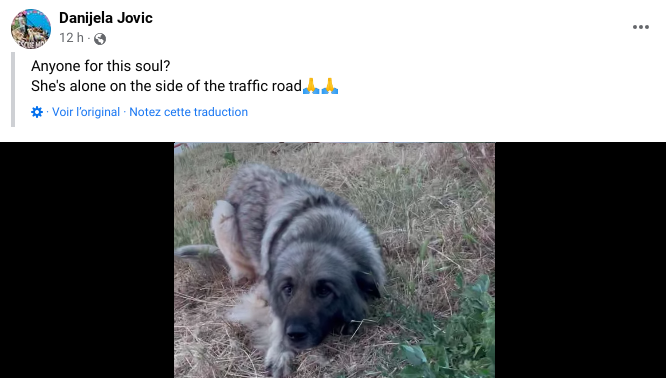 "There is an unprecedented amount of abandoned dogs on the streets every day. Each dog we rescue greatly increases our workload and expenses, and with so many abandoned dogs, our bills are skyrocketing. Even though we collaborate with 2 French organizations for veterinary expenses, they unfortunately cannot help as much as is currently needed.

As we are a non-profit organization, we are not funded by the state either and our personal resources are not nearly enough to feed 110 dogs... We have no other options, you are our only chance to provide enough kibble for our dogs for the next few months."

10. In Serbia, street dogs are hunted by the State and ignored by the population, volunteers like Danijela and Jovica are their only hope! 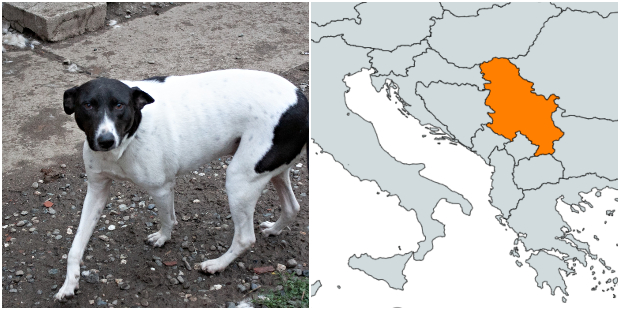 If you know of a foundation or NGO that could help Danijela and her association, please invite them to contact us so that we can put them in touch.

If you represent an animal welfare foundation or NGO, please help Spaske's dogs, please contact us and we will put you in touch!

If you would like to come to Spaske's shelters to help Danijela, or if you would like to send kibble or a check directly, please contact Danijela via the association's Facebook page (note: direct help is your own responsibility).

Here is your quiz Boetie

Boétie is not recovering from her pneumonia, she hardly moves anymore!

Here is your quiz Lilou

Following important transit problems, Lilou had to be operated!