SOS street dogs Serbia There are 0 kg missing to succeed

This campaign succeeded, it has been delivered on the 23/01/2023, the association will send us the delivery pictures soon. 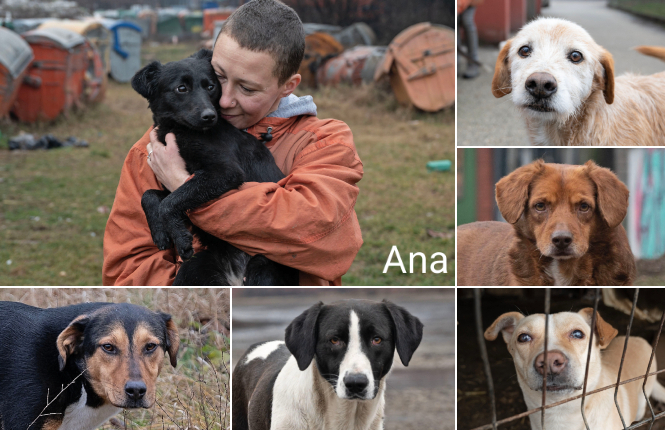 Animal Webaction visited the site 06 January 2023 and confirms the situation described below.

1. In Serbia, Ana is almost out of kibble to feed the 40 street dogs in her association's care. They will starve if no one intervenes! 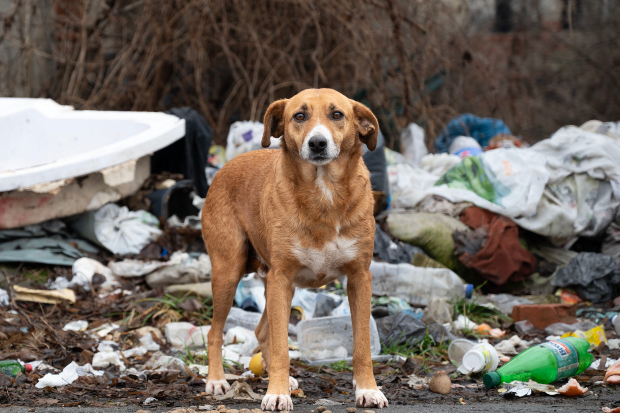 "Recently, we have noticed an increase in accidents and diseases among street dogs. The former is due to an increase in the population of stray dogs, because of irresponsible owners who abandon their dogs ... The second, to our inability to feed them properly at the moment. The price of kibble has increased by 50%, we owe money to almost every pet store in the area and we cannot continue the credits until we pay off our debts. But sadly in the meantime, more and more dogs are losing weight and their immunity is weakening...

The dogs are hungry and they are forced to wander around looking for food, rummaging through garbage. This malnutrition leads to digestive problems, skin diseases... And the dogs are also visibly more aggressive. They fight each other for the little food they can find! If we don't find a solution to get kibble quickly, we will end up with packs of hungry and aggressive dogs on the street, and that's not good for anyone!

When we have good quality kibble in sufficient quantity, everything is fine. But as soon as we run out, as it is the case now, the consequences are multiple and soon to be felt. To make matters worse, in recent years the coldest months have always been February and March, so we expect the situation to get even more difficult in the coming weeks. Every winter takes some dogs away with it… And that number depends almost entirely on the donations we receive, or don't receive..."

2. The shelters of the association welcome 68 vulnerable dogs, who are also threatened by the lack of kibble... 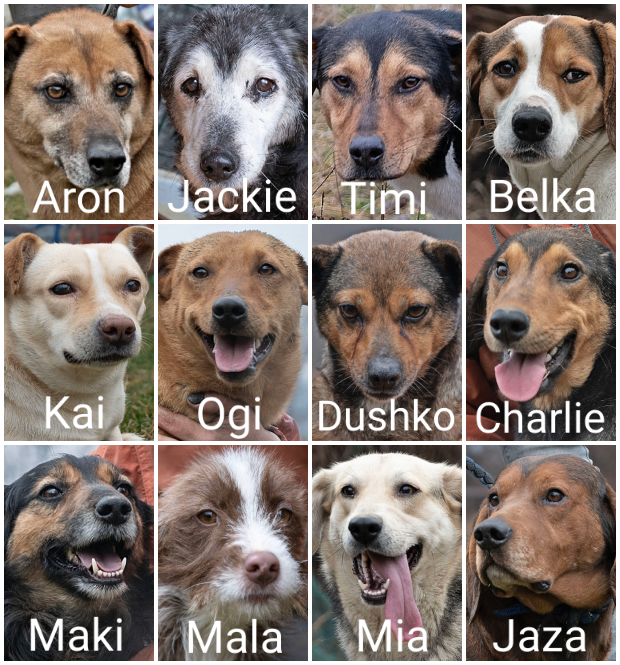 "Many of our dogs at the shelters suffer from diarrhea and nausea, caused by the lack of quantity, the frequent changes of kibble brands and the bread diet we have been forced to resort to... All have lost weight. We are really afraid that this malnutrition could lead to diseases or viruses, which would be terrible on several levels: the health of our sheltered dogs is already very fragile, and we do not have enough donations to pay for possible additional treatments...

Donations in kind are very rare and are never enough to feed our dogs for more than a few days at a time. Monetary donations are also very occasional and mostly linked to a specific animal that needs help. The supply of kibble is a daily struggle for us, one that is absolutely essential to the survival of our dogs but unfortunately, one that doesn't speak to many people...

Despite our attempts, we are unable to convince large companies or permanent donors to have some food security, even if only for a month... We currently have 2 days worth of kibble, if we mix it with bread. Only this campaign could allow us to breathe a little and start our mornings with a smile, knowing that we can feed our dogs that day, and the following days..."

3. Hit by a car, Darsy sustains leg injuries and suffers from a skin condition... he needs kibble to recover! 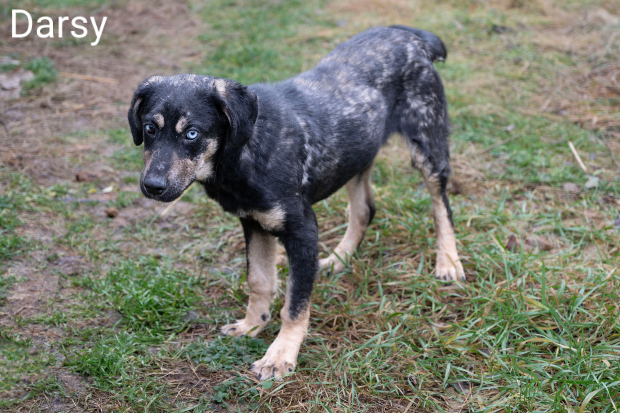 "We rescued Darsy in December, he was abandoned in the courtyard of the city hospital, almost completely hairless and covered in wounds. After a few days, someone informed us that he had been hit by a car. The elbow of his right leg was injured in the accident and his other front leg is also in bad shape, he is suffering from foot drop.

Darsy has recently started to stand on his own two legs, but his recovery will still be long. He is also undergoing treatment for his skin problems and in order to fully recover, he needs a better diet in sufficient quantity. Any longer deprivation of kibble will have a detrimental effect on his overall health, skin and mobility, as he needs all the strength he can get to start walking normally again!"

4. For lack of donations, Ana has no choice but to go into debt to feed the dogs, but the pet shops now refuse to give her any more kibble... 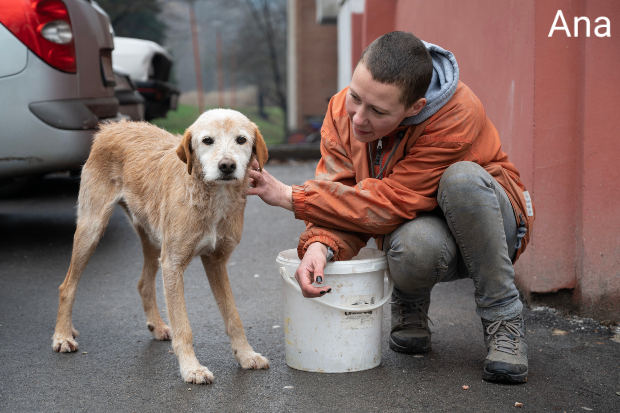 "We don't have regular donors, we only have a few one-time donations that barely cover a part of our monthly expenses. In Serbia, people are usually not able to donate a large amount of money and people abroad are increasingly reluctant to donate due to the current economic crisis. Our adoptions have also dropped drastically. Dogs from Ukraine are given priority due to the situation over there and overall, we think inflation also plays a major role in this decrease.

It must be said that inflation is absolutely crazy here. We used to be able to get by with decent kibble at low prices, but unfortunately the production has stopped. Now even the cheapest kibble is out of reach! We have debts to three different pet shops and we can no longer buy kibble on credit...

Because of our debts and our overall lack of resources, we cannot feed and care for all the dogs, nor can we take in all the dogs that would need it in our shelters... it is very difficult for us. If this campaign is successful, we will be able to feed the dogs for a while, and we will be able to use all of the small individual donations from people to pay off our debts so we can continue to help the animals!"

5. Ana is not asking for money, only kibble to prevent the dogs from starving. 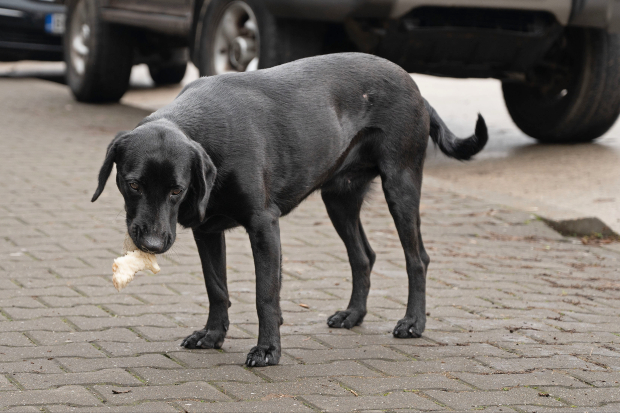 "Ivana and I started getting involved with the dogs in our area over a decade ago. At first it was more of a 'hobby', we were only on site for a few hours a day. But as the number of injured and sick dogs that needed to be taken off the streets increased, so did the amount of work, and from 15 members in the beginning, we are now down to 5, with only 3 of us in the field. From the beginning, we have been confronted with negative comments, with criticisms related to the fact that we feed the dogs in the street, that it is our fault that there are so many of them... It is very difficult to fight against all this.

We try to change the consciousness of our citizens through education, but it is a slow process.  People have to make the effort to understand that animals are a responsibility in their own right and sterilization is a priority, because it helps to prevent the reproduction of dogs, and helps to reduce the stray population. Which in itself is a good thing for everyone! Both for those who love animals, and those who don't... Our goal is to reduce animal abuse and suffering, and even though we face many disappointments, sorrows and difficulties on a daily basis, we continue for the dogs, because they have no one else to rely on but us! Giving up is not an option..."

6. If this campaign succeeds, Ana will not receive any money, but 2000 kg of kibble, delivered from the Animal Webaction logistics centre in Serbia. 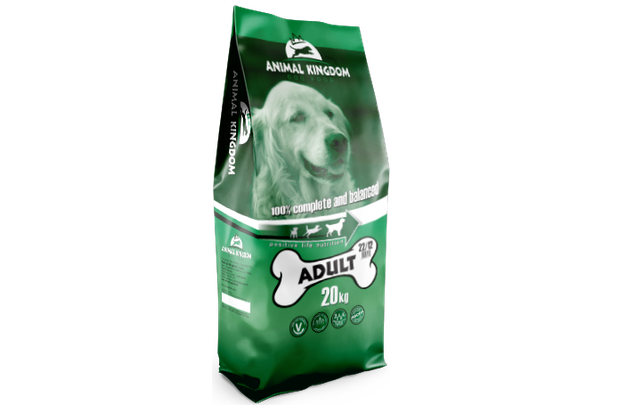 Animal Webaction has a logistics platform directly in Serbia, which enables us to intervene quickly and deliver kibble.

7. The association's few supporters have already done their best to help... Only this campaign will allow the dogs to be fed! 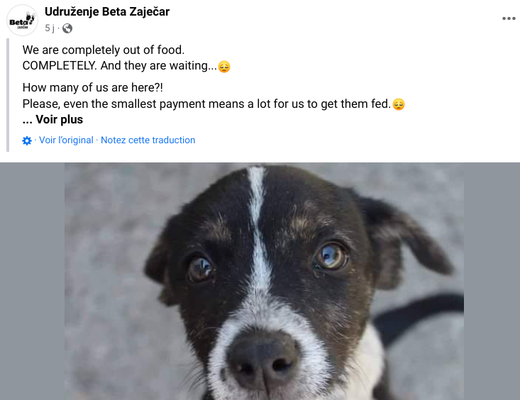 "We are a non-profit organization and we only live off of individual donations but unfortunately, these are very rare and irregular. We have even sent emails to some companies and corporations that have already publicly donated to humanitarian causes, but we have not received any positive response. There are so many associations that ask for help... And unfortunately, except for a few individuals, nobody cares about dogs...

We need many things to continue to change the lives of those who cannot defend themselves: we need permanent sponsors, more volunteers... But right now, what we need most is kibble to feed our dogs... We hope that this campaign will succeed because without you, we will not make it!"

9. In Serbia, street dogs are hunted by the State and ignored by the population, volunteers like Ivana and Ana are their only hope. 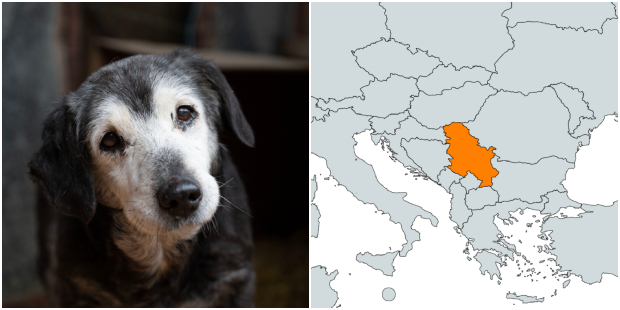 If you know of a foundation or NGO that could help Ivana and Ana, please invite them to contact us so that we can put them in touch.

If you represent a foundation or an NGO for animal protection, please help Ivana and Ana's dogs, contact us and we will put you in touch!

If you wish to go to the association's shelters to help or if you want to send her directly some kibbles or a check, contact Ivana and Ana on Facebook (note: direct help is done on your own responsibility).

Here is your quiz Extra

Plaques, hair loss, unbearable itching: poor Extra has one dermatitis after another!

Here is your quiz Noiraude