SOS 700 dogs Romania There are 0 kg missing to succeed

Animal Webaction visited the site 20 January 2023 and confirms the situation described below.

1. In Romania, Nicoleta is almost out of kibble to feed her shelter’s 700 dogs. Deadly fights have already broken out and other dogs will die if no one intervenes! 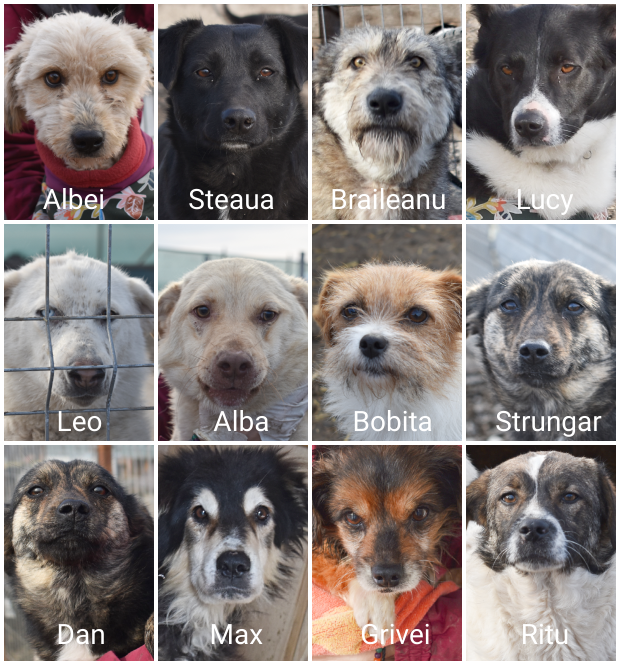 “I take care of around 700 dogs at the shelter… Their number is constantly increasing: the puppies have grown up, adoptions have hardly happened at all in the last few months and I continued to rescue many dogs in distress, who would have never survived outside. All these factors put together brought me to the current situation…

I’m facing a lot of major difficulties: lack of staff, lack of medicine… But by far, the main and biggest one is the insufficient food supply: inflation deeply impacts my ability to buy kibble because prices are just too high! But everyone else is affected, including the people who used to donate and can no longer afford to do so... I'm forced to cut back on the kibble and now, I only have enough left for a short period of time. It really scares me: I've already lost dogs in deadly fights over food...

I feel insecure and stressed and this is the worst feeling ever! Many dogs still need to be rescued, but I don't have much more available space at the shelter. And once brought in, they have to be fed and we circle back to my main problem, namely the lack of kibble… It's a vicious circle! I need this campaign to succeed so I can continue to feed my dogs and avoid further tragic losses.”

2. Dogs are fighting to death to survive! Nicoleta is desperate and fears the lack of kibble will lead to more tragedies… 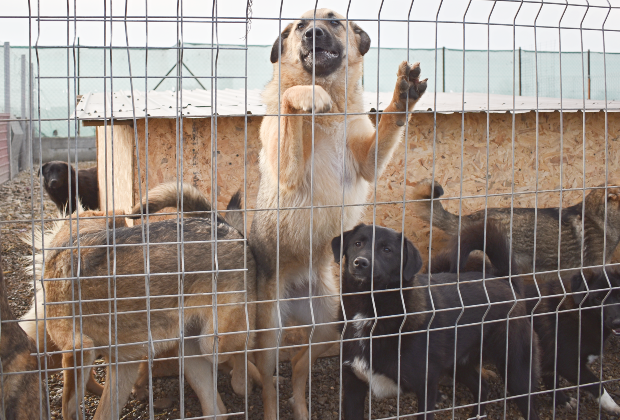 “The dogs eat kibble, but unfortunately, the quality is the worst and the portions  I give them are too small… This is really a huge problem; they don't eat near as much as they should at this time of the year! There already have been terrible consequences linked with the kibble situation: some of my dogs died in fights!

They are fighting over food and I’m beyond concerned that things will continue escalating and getting worse: at this pace, more and more fights will occur, only the more dominant and stronger ones will manage to feed themselves. This is dreadful… If they keep on killing each other to just survive, the weakest ones will end up either dead or starving to death.

I rescue them from the streets and bring them to the shelter because I want to offer them a better life... I strive to take care of them, of their needs… But it’s become impossible for me to cope with so many issues, such a lack of resources and of kibble… This campaign is absolutely crucial for my dogs’ sake! If it fails, the consequences will be fatal…”

3. Sami suffers from a spine condition and was unable to walk for a while: he’s skeletal and his health won't improve without kibble… 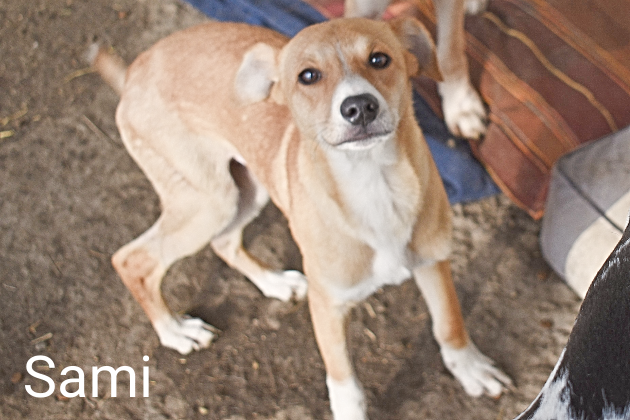 "I found Sami on the streets and, like most of the dogs I've rescued lately, he was wandering alone… When I found him, he was unable to walk for about a month - who knows what happened to him when he was outside alone?! Despite this, he's a gentle and shy dog.

Sami has a medical condition on his spine... He's particularly at risk if I can't provide him with the necessary amount of kibble because he's weak, very thin and still young: only 7-8 months old! I just want to give him the best chances to lead a happy and healthy life."

4. Nicoleta's heavily indebted and despite her constant calls for help, she struggles with low donations: this campaign is a last resort... 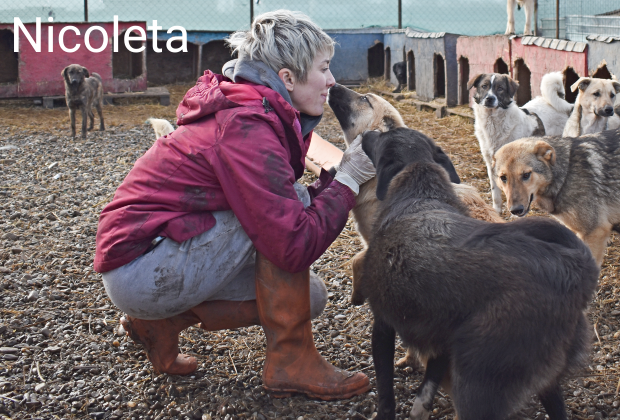 “I used to rely on social media campaigns and people's donations to fund kibble. Now, with the current economic context, people have less and less money to spare, and as a result, donations have decreased significantly… Lately, they have not been going well. Even though everyone says that, around Christmas time, people should be helping those in need, that did not happen for me alas…

I have dogs who need surgeries, but I can't afford to send them to the vet right now: it's just a waiting game until I have the money to do so… I thought that by the end of the year, I could find sponsorships in the form of profit tax redirection from local companies, but only two of them agreed; it helped me pay off a third of my vet debts, which had reached impossible heights by the end of 2022!

Starting the new year with a lot of debt is very stressful… I have to ask for help, money and kibble all the time! As much as I love what I do for dogs, this aspect is the worst part of it… But if I don’t do this, my dogs won't survive! If I don't constantly talk about the shelter’s and dogs’ needs, people will assume that I have everything and enough to care for and feed my dogs, which is far from true…”

5. Nicoleta is not asking for money, only kibble to keep the dogs from starving. 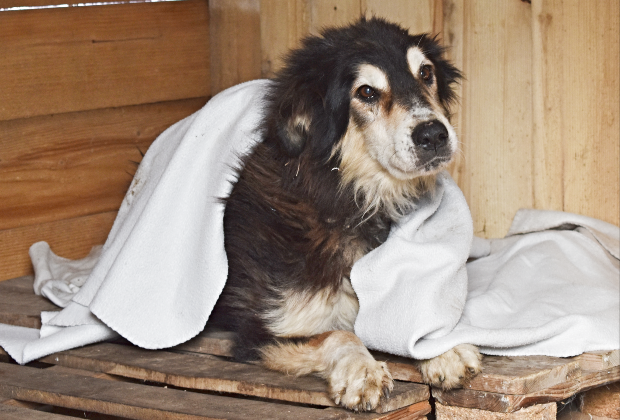 “I founded this animal shelter about 4 or 5 years ago and it's grown quite a bit since then. I never expected it to become this big! I started thinking about dogs in need during college. I had a dog that helped me emotionally overcome all the problems I was facing at the time. That's how I started to have sympathy towards the dogs in need.

It is impossible for me to take care of everything by myself: cleaning, feeding, caring, collecting money for all this… I work 24/7! I don't have any days off. Even with two workers, I really need people's help! I keep hoping that people would help me, but it’s not the case. Some promise to help me or to volunteer, only to disappear or make up excuses! It's frustrating, but I can't let that stop me from rescuing dogs, although it’s harder and harder to provide for all of them.

I also have many young dogs; their life span is 10-12 years. What if they never get adopted and spend their lives at the shelter?! I fear that one day, I will have to either close or downsize in a tragic way. I hope to find the support I need to be able to continue doing my mission. It's hard work, but it's worth it! I feel useful when I save the animals who really need me…”

6. If this campaign succeeds, Nicoleta will not receive any money but 2400 kg of kibble, delivered from Animal Webaction's logistics platform in Romania. 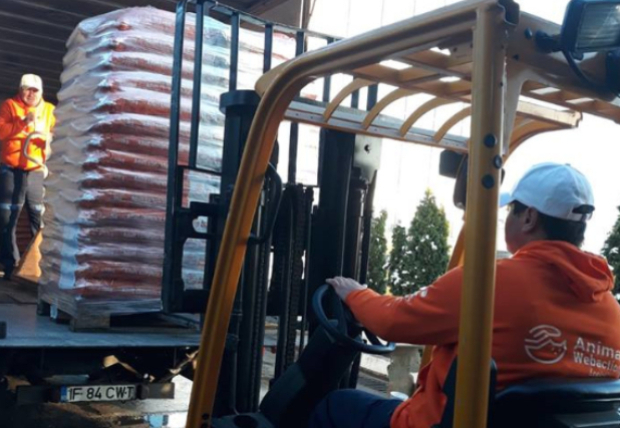 Animal Webaction has a logistics platform in Romania which enables us to intervene quickly and deliver kibble.

7. Nicoleta's supporters have done everything they could to help her: out of options, this campaign is the only chance to keep the dogs alive! 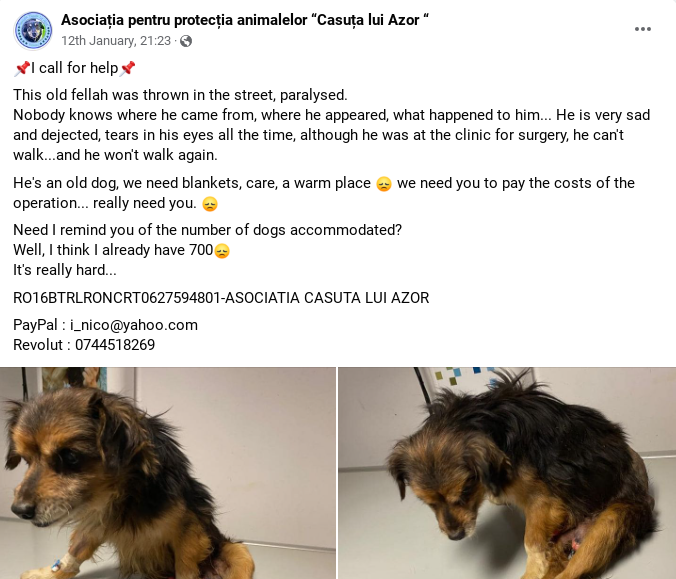 “I've been working with the same organisations from abroad for a while now. They help me in different ways, one organisation helps with adoptions and the other one helps with sponsoring… I really appreciate their support, it means a lot. But with so many dogs to feed and care for, they can’t provide enough…

I don't get any help from the Romanian government or the municipality. They never take us into consideration, it's really disappointing. I've tried reaching out to other organisations like kibble brands and suppliers, but my attempts were not successful... I was hoping they could help us with lower prices for kibble or maybe donate expiring kibble, but it didn't work out.

Apart from the two companies I convinced to redirect their profit tax, I don’t have any new partnership, while my recent fundraising attempts were unsuccessful… I hate having to ask for help and money all the time; I have done everything I could to try and get the help and kibble my dogs are hopelessly waiting for… This campaign’s success is now a matter of life or death for them!” 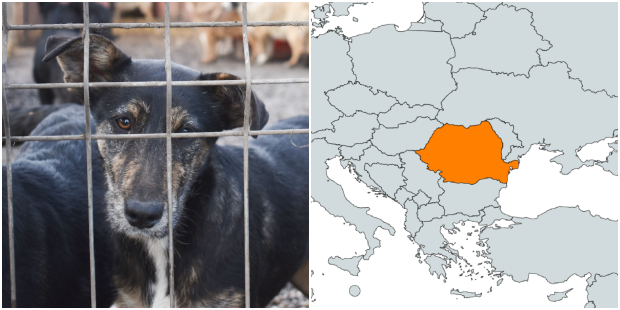 If you know of a foundation or NGO that could help Nicoleta's dogs, please invite them to contact us so that we can put them in touch.

If you represent an animal welfare foundation or NGO, please help Nicoleta's dogs, contact us and we will put you in touch!

Here is your quiz Batman

Here is your quiz Caramel