This action succeeded, it has been delivered on the 12/07/2019, discover the delivery pictures. 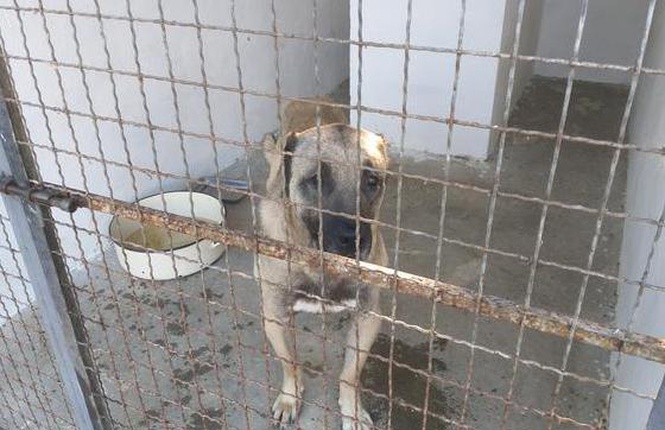 Picture taken by Animal Webaction on the sunday 30 june 2019

Picture taken by Animal Webaction on the sunday 30 june 2019

Because of a lack of kibble, dogs living at the dump eat other dead dogs' bodies...

We answered Ivana's SOS and met her on June 30th : since July 6th, there are no more kibble left.

The situation in the public dump is catastrophic: Ivana only has a few pieces of bread to feed the stray dogs. Starving, the survivors eat their peers' corpses!

Ivana is not surrounded enough. Worst ! The authorities do not support her, they even take advantage of the fact that street dogs are hungry to poison them!

We want to help 40 surviving dogs from Ivana's shelter and the dogs from the dump by sending 2400 kilograms of kibble.

1) At Skopje public dump in Macedonia, dogs die every day. In the absence of kibble, their corpses serve as a meal for the survivors ...

An end of the world feeling is flowting amoung the dump.

Skopje's stray dogs, alone and miserable, rush to the rubbish dump in search of a few pieces of food. Unfortunately, they rarely find more than a few crumbs to put fill their stomach. Due to lack of resources, Ivana and the other volunteers at the shelter have only a few pieces of dry bread to bring them from time to time. The pressure of hunger and the survival instinct push dogs to eat the weakest's corpses, those who have not survived hunger or disease ...

The situation is catastrophic. Ivana must attend macabre daily scenes without the opportunity to do more ...

2) The tourist season is approaching: starving, stray dogs devour the poisoned food dispersed by the authorities to clean the streets ...

The tourist season is cruel and overwhelms the volunteers: the streets are filled with dead bodies of dogs poisoned by the municipality ... This solution found by the authorities to divert the attention of foreign visitors on the situation of stray dogs in Macedonia reinforces the helplessness of volunteers ...

Unfortunately, dogs have no other means to feed themselves, so they throw themselves on toxic food before succumbing to it in excruciating pain.

We want to help Ivana and her friends by sending them kibble so that the street dogs do not fall into this trap that each year kills thousands of innocent dogs ...

3) We visited Ivana's shelter on June 30th. Since July 6, there are no more kibble to feed the survivors: what will they eat? What will become the dogs of the dump?

Aware to the situation of stray dogs in Macedonia, Ivana and other volunteers have decided to welcome the poorest home. Most dogs at Ivana's house are dying, sick, or starving when they get there ... and would not have survived the street without their help.

Thanks to their great involvement and generosity, the volunteers manage to heal, reassure and adopt these dogs, which in the past had no chance of a better life.

But these actions have a cost: the veterinary fees, the medicines, the food, the management of daily tasks are financially heavy and Ivana can't buy any more kibble ...

5) If the collection fails, dogs won't receive any kibble...

We can take action, we have already booked a truck and pallets, but we have to pay it before July 11th.

6) Ivana has tried everything to raise money, but despite her SOS she doesn't get enough help ...

Ivana receives donations and gets help to promote dogs for adoption. Unfortunately, the donations being insufficient and especially very random, the volunteers are constantly in the fear of not having the means to look after and feed their dogs ...

A very stressful situation that drives Ivana and her volunteer friends to constantly ask for help on social networks. Online sales, fundraising in the public square, calls for help: today the actions undertaken are not enough anymore.

We are their last hope.

7) Ivana welcomes 40 dogs at her place: her dedication is amazing!

Ivana hosts  forty street dogs. As a young mother working full time, she decided not to put aside her love for animals and managed to combine her family life and the shelter.

For this reason, she even moved away from the city, imposing a certain isolation from the world to herself and family, to be able to acquire a larger garden and therefore more dogs.

The group of friends is organized, dedicated and extremely invested in the fight against stray dogs' misery in Macedonia, these animals are rejected and daily victims of free violence ...

Their fight is ours! We can help them improve the animal condition by sending them kibble!

8)  In Macedonia, stray dogs are subjected to atrocities, both from the state itself and from local people

This collection is organized by Civic Initiative Kane Korzo Nadez Skopje, Ivana is an active member. The 2400 kg of kibble collected will be delivered to Ivana in Macedonia to feed the 40 dogs she hosts and all the dogs she cares for throughout the city and at the dump.

Here is your quiz Snow

Snow has been abandoned and doesn't know how to survive on her own!

Here is your quiz Skatty Cat

Skatty Cat was completely dehydrated when we found him!