Famine emergency Macedonia There are 0 kg missing to succeed

This campaign succeeded, it has been delivered on the 05/11/2019, discover the delivery pictures. 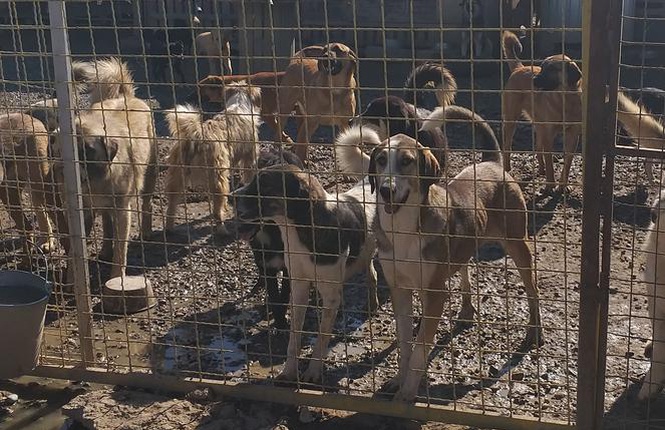 Picture taken by Animal Webaction on the wednesday 23 october 2019

Picture taken by Animal Webaction on the wednesday 23 october 2019

Note from Animal Webaction's team: This collection's target was set by the association, we think it is too high and we fear a failure.

In Macedonia, this shelter has almost no kibbles left for its 192 dogs, they will starve to death!

Following the SOS of Maggie, President of the association, we were on site on October 23rd.

As of November 8th, there will be no kibble left at the shelter.

The kibble supplier refuses to deliver as long as the debts remain unpaid.

In the past, this has already happened, the dogs stayed several weeks without kibbles...

Faced with multiple difficulties, volunteers are helpless and no longer know how to get by.

We want to avoid an impending famine by sending 3000 kg of kibble as a matter of urgency.

1. Going through a crisis, the shelter will soon be out of kibbles for its 192 dogs, we can't let them starve !

The association's shelter now has 192 dogs, 80 kg of kibbles are needed every day for them to eat their fill.

But for several weeks now, the association has been going through a real crisis, and can no longer find the funds to buy food. For months, they have been forced to order on credit, but the debts are now too high, they will no longer be able to feed the dogs if they do not pay them back!

"At this moment, the debts are counted in thousands of euros and are growing every day. We owe money to vet ambulant, pet shops, people etc..." they explained during our visit.

2. The supplier is not willing to deliver kibble until the debts are paid off, it is a vicious circle

During several months, an accommodating kibble supplier agreed to deliver kibbles on credit to the shelter, until the situation was better. But the difficulties are dragging on, and debts are accumulating.

Today, the debt is so high that the supplier refuses to deliver again without invoices being paid... An inextricable situation: the association does not have the means to repay its debt, but this supplier is nevertheless the only solution for it to continue to buy kibbles, the others are far too expensive!

3. In three months, the shelter has rescued more than 50 dogs, it is their only hope. We must help them to continue!

Very active to help abandoned dogs, the association is faced with almost daily rescues of street dogs: beyond the care provided on site, more than 50 new dogs have been taken in to the shelter over the past three months.

Although volunteers are struggling to maximize adoptions (27 dogs have been adopted in the last two months), it is almost impossible for them to drastically reduce the amount of dogs at the shelter, because it would mean ignoring the ones suffering in the streets...

4. If we don't reach the target, dogs won't receive anything

We can take action, we have already booked a truck and pallets, but we have to pay it before November 4th.

5. Food shortage, outbreaks, fights... the shelter relies on a handful of volunteers, they are exhausted by all the difficulties

During our visit, we were guided through the shelter by Nikolche, one of the 5 volunteers on whom the shelter leans on.

"I have daily obligations with the dogs rescuing, if I am not at the shelter I am picking dogs from somewhere or driving them to the vet etc..." he explained. "Sometimes I feel sad, and sometimes frustrated, because I have so much going on every day"

Dedicated,  volunteers give their best to help as many animals as possible, and take the greatest care of them, but cannot feed nearly 200 dogs on their own...

6. From England, the association dedicated to supporting the shelter is doing its best, but is unable to get its head above water

Specifically dedicated to supporting the actions of volunteers in Macedonia, the English association Saving Macedonian Strays is mobilizing as much as possible to get through this difficult time.

Unfortunately, its efforts are still not enough, and have so far failed to repay the outstanding debt... "Please, please, help us and save us from letting down the animals we vowed to protect" they implored.

8. Nikolche has been dedicated to the shelter since its very beginning 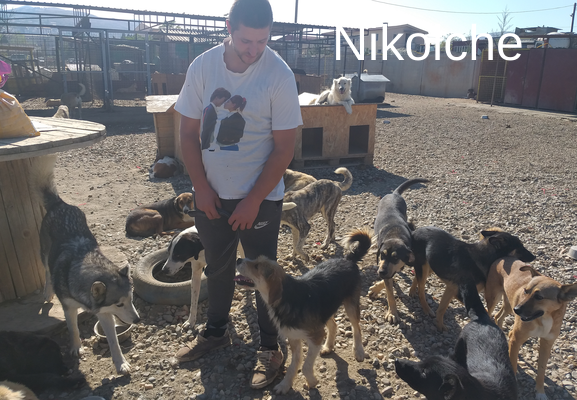 Involved in the shelter since its creation in 2013, Nikolche has always been sensitive to animal welfare, and has always rescued them as much as he could.

Despite the workload, sadness and frustration that sometimes occur during the rescues, Nikolche remains optimistic "The reason for doing all this is my love for animals. I have high hopes that we will make a new shelter and everything will be better one day. I would be happy if more people donate food or money for them "

Faced with animal suffering on a daily basis, he also campaigns to have as many dogs as possible adopted and to raise public awareness: "It is not that hard to take care of a dog, you just need love, or at least to not hurt the ones that are on the street. "

9. In Macedonia, stray dogs are subjected to atrocities, both from the state itself and from local people

This collection is organized by the association Animal's Voice Macedonia. The 3000 kg of kibbles collected will be delivered to Nikolche to feed the 192 dogs cared for at the shelter

Here is your quiz Princesse

Here is your quiz Mimi