Serbian street dogs rescue There are 0 kg missing to succeed

This campaign succeeded, it has been delivered on the 24/12/2019, discover the delivery pictures. 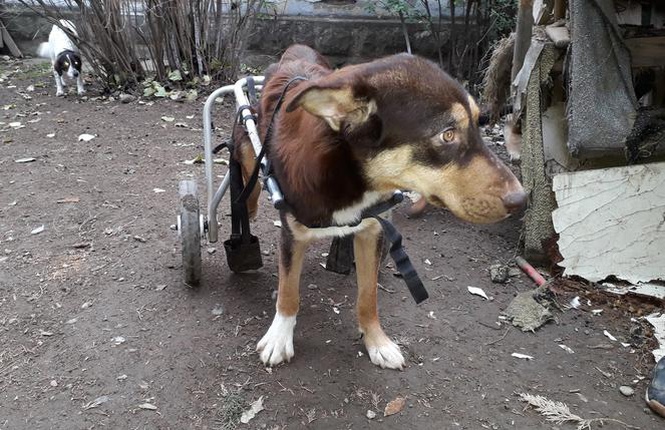 Picture taken by Animal Webaction on the saturday 14 december 2019

Picture taken by Animal Webaction on the saturday 14 december 2019

Danijela has no more kibbles to feed the stray dogs, they won't make it through the winter!

Following Danijela's SOS, we went to the site on December 14th.

Due to the lack of food, street dogs are no longer fed...

As of December 18th, there will no longer be any kibble left for the dogs in the two shelters either.

Sick, wounded and/or handicapped for the most part, they will not survive without kibbles.

The only volunteers, Danijela and Jovica, are mentally, physically and financially exhausted.

They beg us to intervene, we are their only hope.

We want to help them, by sending 2400 kg of kibble as a matter of urgency.

1. Without kibble, Danijela can no longer feed Serbia's street dogs, they will starve to death!

While the association has two shelters, they now house 97 dogs, a record number that already far exceeds the normal capacity....

On the streets, about thirty dogs that cannot be taken in also rely on the food brought by the volunteers, and their number is constantly increasing: "It has no end. I can't get all the dogs off the street with us..." Danijela told us with regret.

But she can no longer feed them either, and must resign herself to watching them perish slowly!

2. Danijela and Jovica do their utmost for those whom everyone has abandoned, but cannot save them without kibble

3. From December 18, there will be no kibbles left, Danijela and Jovica fear a famine

Danijela has done her best in recent months to save the remaining kibbles, but once again finds herself faced with a depleted stock, against which she is unable to fight...

Following her call for help, we went on the spot on December 14: only the equivalent of 4 days of food remained for all the dogs.

"If this collection doesn't work, the dogs will be without food. The donations we receive are rare, and only cover one to two days maximum. You are our only salvation" Danijela told us, supported by Jovica, "If the collection fails, we will be doomed" he said.

4. We want to help them survive the coming months

We can take action, we have already booked a truck and pallets, but we have to pay it before December 20th.

6. Calls for help are not working, the only association that supports them is not big enough to buy kibble

Without any subsidy, the association relies solely on the personal funding of its volunteers, and the donations they receive. But the latter remain marginal in the face of needs, and the situation is getting more and more difficult every day...

From France, the association Les Gloutons-garous does its utmost to support Danijela and Jovica in their fight. But it is not big enough to meet the needs of the 97 dogs hosted, not to mention the street dogs!

7. Involved in rescuing 70 dogs thrown into a mass grave at the end of the summer, Danijela and Jovica are morally, physically and financially exhausted

In Serbia, dogcatchers commissioned by a private company regularly carry out street-cleaning operations, catching dozens of dogs, which they then release at regular intervals in isolated areas, where their chances of survival are close to zero.

Although denied, these practices are well known on the spot, and constitute a real plague. No less than 70 dogs were discovered in the middle of the mountain this summer: despite extremely heavy care, and many veterinary treatments, only 4 of them survived...

Today, Danijela and Jovica have to live with the memory of this rescue, which turned out to be almost useless, the fear of seeing it happen again, and many veterinary debts.

8. They cannot count on the town hall, who already allocates a very small budget to the municipal pound 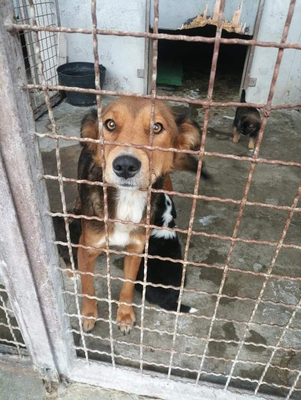 Overwhelmed, Danijela knocked on all doors, including that of the city's mayor: "After months of pleading, they helped witg 180 euros in all and for all"  she told us this summer.

This is not surprising, given that the budget allocated to the municipal pound is already extremely low: "They have that bad food, they have nothing but those bad granules that are pure corn and they don't have any medicine so I bring them. Every last one of the dogs at the public shelter has constantly had diarrhea, and they are paper thin." Danijela tells us.

In addition to the 97 dogs in her own shelter, she also provides food to the dogs in the pound, ensures their medical care as soon as possible, and regularly takes care of taking the dogs out from there.... "They deserve a chance at survival" she says simply.

9.Danijela and Jovica accept all the sacrifices for the dogs' survival, but cannot continue alone

Both volunteers of the association, Danijela and Jovica are constantly juggling between their activities to take care of Kralejevo's dogs. President of the Spaske association for 6 years, Danijela is also a municipal employee, and a mother; Jovica has spent most of his time with Spaske's dogs for 3 years, which prevents him from having a stable job, and forces him to live at his parents' house.

"We’re exhausted. The places that could take the dogs in are overcrowded, the dogs that are with us have nowhere to go, and there is no room for the ones that arrive. Most of the non-profit societies that try to make a difference are made of only two or three passionate people. It’s just the two of us here, and right now, we’re at our limits. If you can, share our dogs’ stories and help us find forever homes for them. That is our end goal. But we can’t do that if they starve. We need your help."

10. In Serbia, 100,000 street dogs are hunted down by dogcatchers to be killed or trapped in killing pounds

Receiving bonuses for each dog captured, dogcatchers hunt dogs relentlessly, and use extremely violent capture techniques. Many dogs are killed, the others end up crammed into killing pounds, without care or food.

This collection is organized by the Spaske association, chaired by Danijela. The 2400 kg of kibbles collected will be delivered to Daniela and Jovica to feed the 97 dogs of their shelters, as  well as street dogs and dogs from the pound.

Here is your quiz Moly

Moly was rescued from a certain death