This campaign succeeded, it has been delivered on the 18/04/2020, discover the delivery pictures. 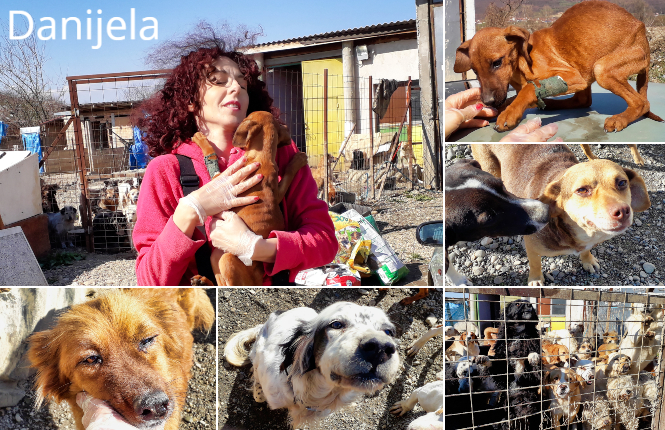 Animal Webaction cannot be held responsible for any animal deaths caused by the lack of kibble.

1. In Serbia, because of the pandemic, many dogs have been abandoned in the streets. Danijela and Jovica have no more kibble to feed them: the poor things will starve!

"Many people still believe that it is possible for dogs to carry the Covid-19 virus and pass it to their owners, so there are mass abandonments of dogs and people turning against dog owners. People have lost their consciousness. There are always new dogs on the streets with terrible injuries and various cancers, and the adoptions from our shelters are slow. We just can't keep up. Not only street dogs will suffer from malnourishment and even death due to starvation, but they have to search for food in unsafe conditions, and run the risk of being hit by a car or being poisoned. Many stray dogs live in large packs, without shelter. There just isn’t enough food for us to help every stray dog on our own. The situation is impossible, we need help!"

2. Wolfie's a street dog who got sick, he's already lost a lot of weight. He might be one of the first to die if Danijela doesn't find kibble! 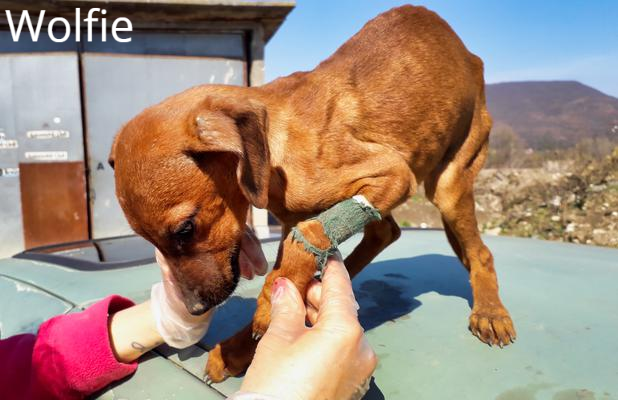 "I found him starving and sick in the city center, and was unable to leave him there. He was suffering from a difficult case of parvovirosis. I can't mix him with other dogs at the shelter, he is too small and sick to survive there. There is no fostering options available so he is living on the streets near my shelter. Wolfie has lost a lot of weight. Even though the worst is behind him, he is still not healthy. His ribs are showing and he is trembling constantly, unable to keep warm. Proper nutrition is vital for him, as any further loss if weight or illness might kill him."

3. Danijela and Jovica are trying to save the 100 dogs in their shelters, but there will soon be no more kibble, they too will starve! 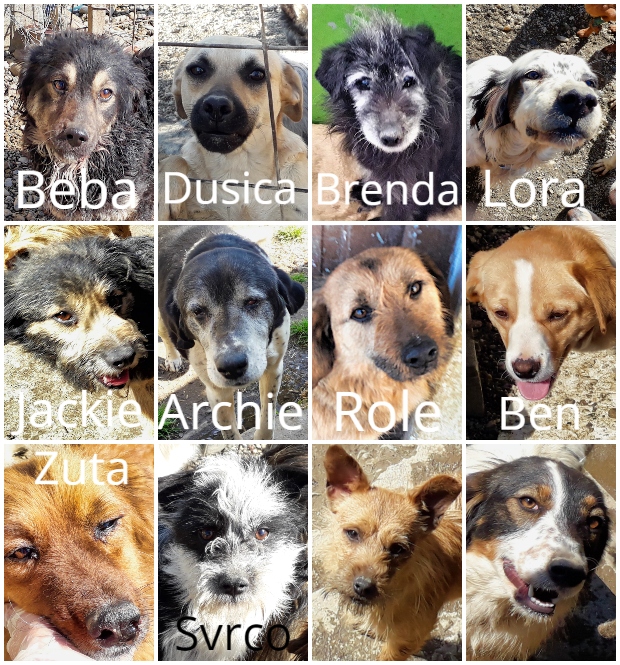 "The dogs in our care already started to have diarrhea and are losing weight as I have to try to stretch one sack of food for at least two days, and with this amount of dogs (and many of them being large breeds) it really isn’t enough. In the future, I expect that they will start to get sicker and sicker, as they won’t get all of the vitamins and nutrition which comes from food. Most of our dogs were found on the streets or collected from the city shelter for treatment. We have many dogs (especially at Jovica’s shelter) on strong medications and in chemotherapy. Some of them should’ve weighed around 30kg, and they were only around 7-8kg heavy. Now, there is a chance for them to return to such horrible shapes, and for all of our efforts to be in vain."

4. Because of the State of Emergency, all the shops that allowed Danijela and Jovica to feed the dogs with leftovers shut down. They need to buy kibble, but they don't have any money! 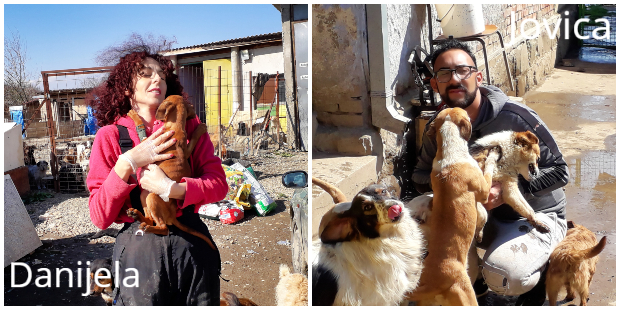 "To make things worse, because of the current Covid-19 situation, the bakeries from which we used to buy old bread are no longer working, and their support was of huge importance to us. We used to mix old bread and some ground chicken in the dogs’ food, but we can no longer find any. And we cannot buy supplies on credit, as we already have debts and no sure amounts of donations. We are not a city funded society; we do not receive any help from the government. All they gave us was the permission to use a part of a landfill location for the shelter. And the situation keeps getting worse and worse. We just do not have enough resources."

5. Danijela and Jovica don't want to receive any money, just kibbles to keep the dogs from starving!

"I have always loved animals, but my drive to rescue stray and ill dogs can be traced to the time when I found a golden retriever with a broken spine. I didn’t know anything about rescues before, but I wanted to save his life, as he was in danger of being put down. So my friend and I called him Spaske and named the Society in his honor. Through my efforts to rescue Spaske, I realized that there are no solutions offered for the heavily injured and sick dogs on the streets. So I decided to start a society oriented towards the rescue of the heavily injured and sick dogs. Many of them are still with us."

6. Animal Webaction has a logistics centre in Serbia. We can deliver kibbles despite the pandemic, but we have to be quick, transport could be cut off soon! 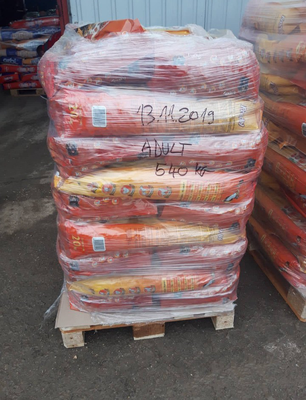 Animal Webaction has a logistics centre directly in Serbia, which is still active despite the pandemic, allowing us to intervene quickly and deliver kibbles.

7. The calls for donations are not working, Danijela has already knocked on every door, she fears that this action will not work either, while she needs kibbles 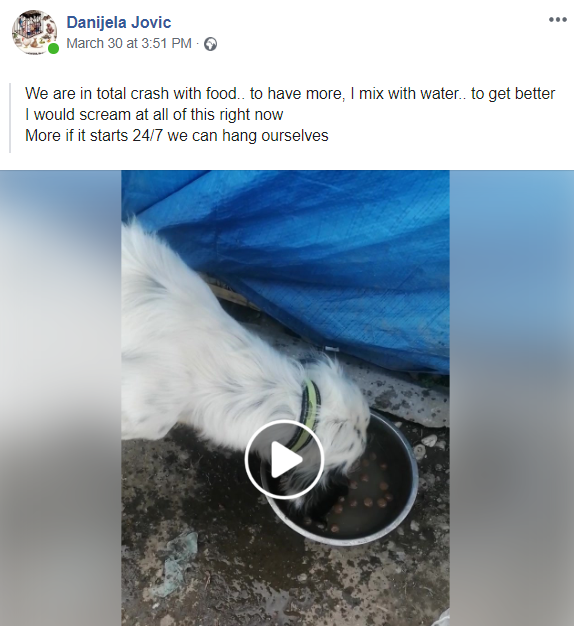 "We have made public pleas for help, and we have received a sack or two here and there, but that is not enough. In Serbia, the financial situation is poor all around. People don’t have a large disposable income. So even those that want to help, usually can’t, or they can only offer small donations. They have to stay within their means. The city shelter tries to help, but they only get a set amount of food from the government in accordance with the city budget, and as they operate over capacity, it just isn’t enough"

9. In Serbia, street dogs are hunted by the State and ignored by the population, volunteers like Danijela and Jovica are their only hope

If you know of a foundation or NGO that could help Danijela and Jovica, please invite them to contact us so that we can put them in touch.

If you represent an animal welfare foundation or NGO, please help Danijela and Jovica's dogs, please contact us and we will put you in touch!

10. If you make a purchase on Animal Webaction, it will be protected by our guarantees

Here is your quiz Andréa

Andrea was very weakened when we took her in...