This campaign succeeded, it has been delivered on the 22/05/2020, discover the delivery pictures. 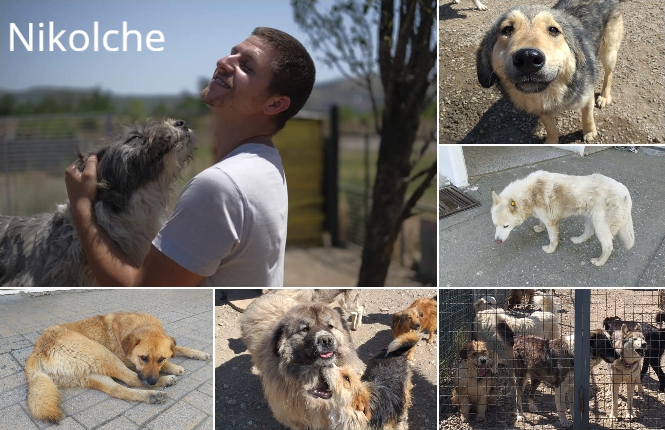 1. In Macedonia, Nikolche will soon be out of kibble to feed around a hundred dogs living on the streets. If no one does anything, they'll starve to death! 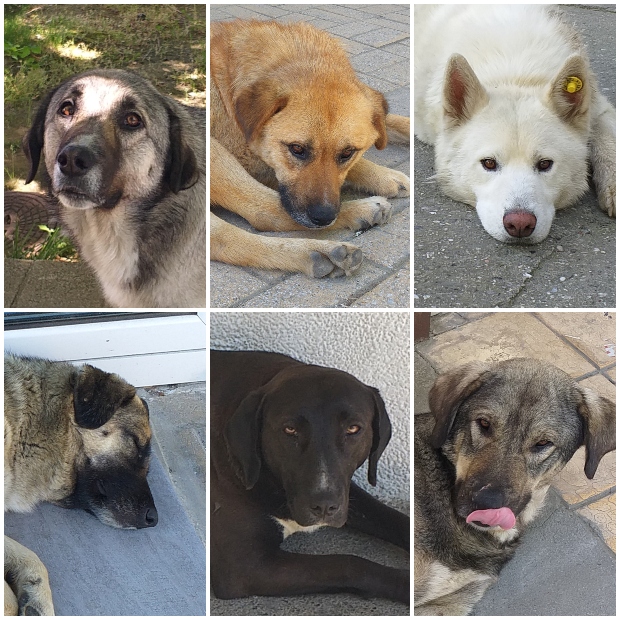 "We desperately need help. We have been trying to continue getting food to those animals still surviving on the streets, they are about a hundred, without the usual access to leftovers from food places. We must feed them everyday, because there are fewer people on the streets.

So we need more food than usual, and what we have is just not enough...They will be often hungry and look around for food, plus that can upset some people who even poison them if they feel threatened ! "

2. Without kibble, Avona is likely to become agitated which will scare the locals, who are already threatening to kill her! 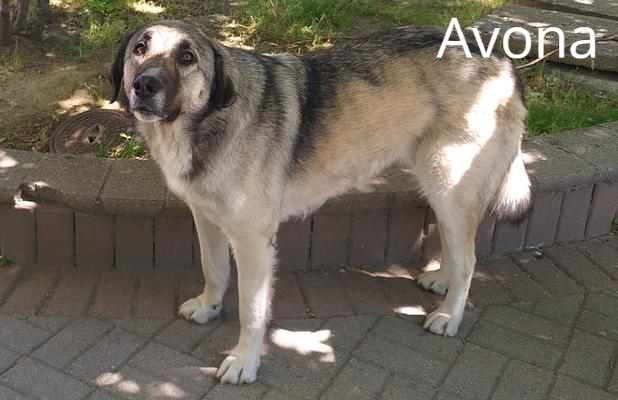 "She has had a friend until recently, they were inseparable. But the friend was killed, so she is alone in the centre.

Many people threaten to kill her because she is big and the least we could do is feed her so she wont be hungry and nervious, and won't walk after people with groceries. In reality she is just one scared cuddly bear, but people dont get it."

3. The association's shelter hosts 170 dogs, they too will be deprived of kibble in just a few days! 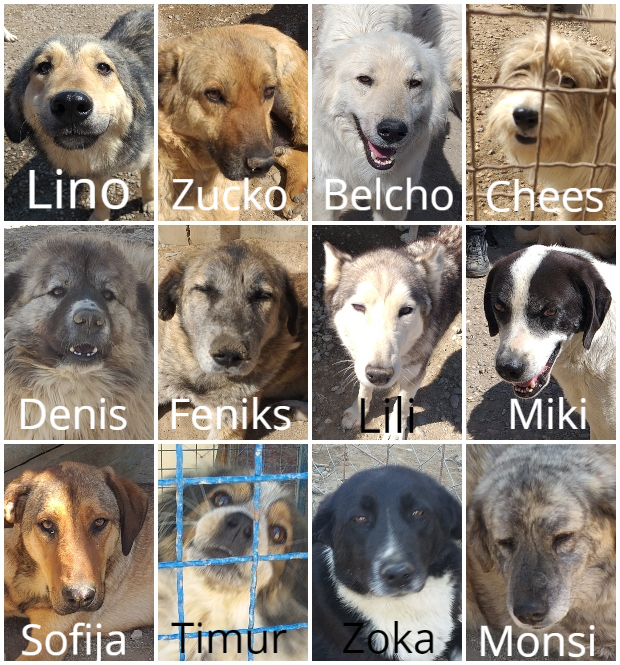 "The capacity of the shelter is full, we nearly push the limits beyond full. We kept rescuing new dogs over the past few weeks, and couldn't rehome any of them because of the situation with corona.

The lack of food will mean that they will all be hungry. Hungry dogs in the shelter sometimes get aggressive and attack each other and get injured and their health can get worse.

We have food for not more than 5 days right now, and have many debts for food that they bought the past few times. So we are in a big struggle mode at the moment, any help is more than welcome."

4. Hit by a car, Wolf was taken to the shelter despite the difficulties. Still very weakened, she will not survive without kibbles. 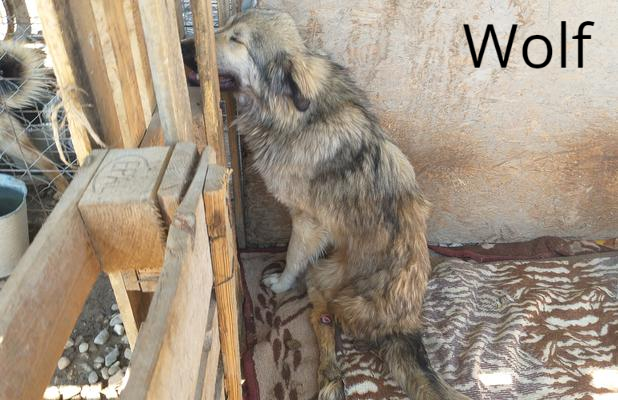 "Someone called us to tell us about her injuries, she had been hit by a car, and had some really bad back injury.

Wolf is still in a reallty bad condition, she can not move her back legs, we were hoping to get the cart she needs from abroad but couldn't due to the pandemic. She also has problems with her intestines, and had a few surgeries by now."

5. Nikolche and a handful of volunteers are fighting for everything, but they have reached their limits, they can no longer buy kibble! 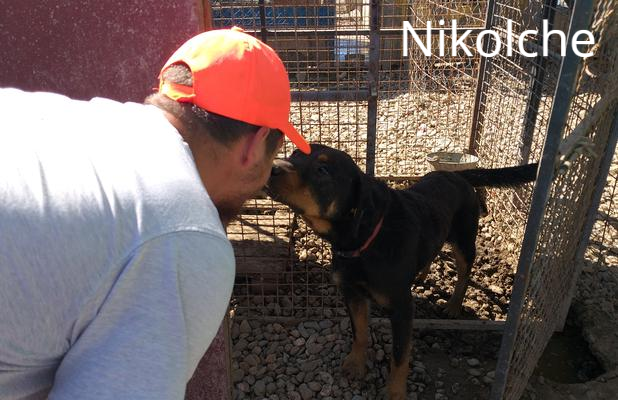 "There's only a handful of volunteers, we work in the shelter everyday. And besides the shelter, we also take care of the street dogs. There is no more space in the shelter, so we only take the worst cases in if really needed.

We have large debts, bills are just piling up. The number of dogs is just increasing, the number of problems is increasing, but the help is decreasing. We already pay from our own pocket as much as we can.

And beside all of this stuff, we also have several dogs that are on expensive treatments that are crucial for their health. We just can not leave the dogs, and they are so many."

6. Nikolche doesn't want to receive any money, just kibble to keep the dogs from starving. 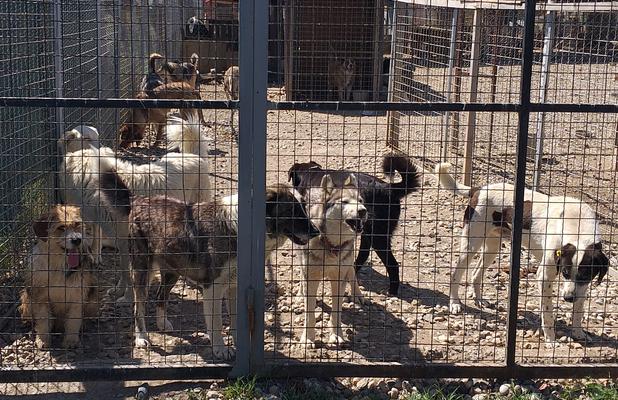 "No one is responsible for the situation in which the dogs are right now. But without our help, most of them would be dead .

We haven't been able to pay for food for some time now, we are nearly out of food and still haven't paid our debt for the last orders... We won't be able to keep getting food since we already cannot pay what we owe."

7. If this campaign is successful, Animal's Voice Macedonia will not receive any money but 2400 kg of kibbles, delivered from the Animal Webaction logistics platform in Macedonia. 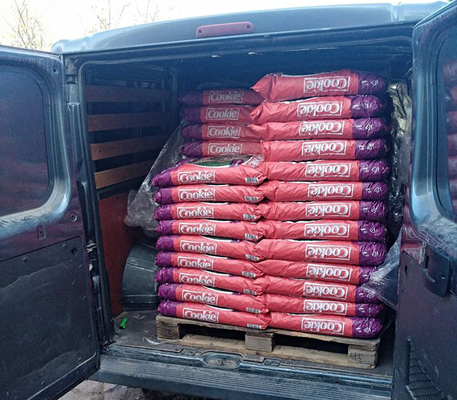 Animal Webaction has a logistic platform directly in Macedonia, still active despite the pandemic, which allows us to intervene quickly and deliver kibbles.

8. Despite its cries for help, the association does not manage to get out of it, it needs this campaign to save the dogs! 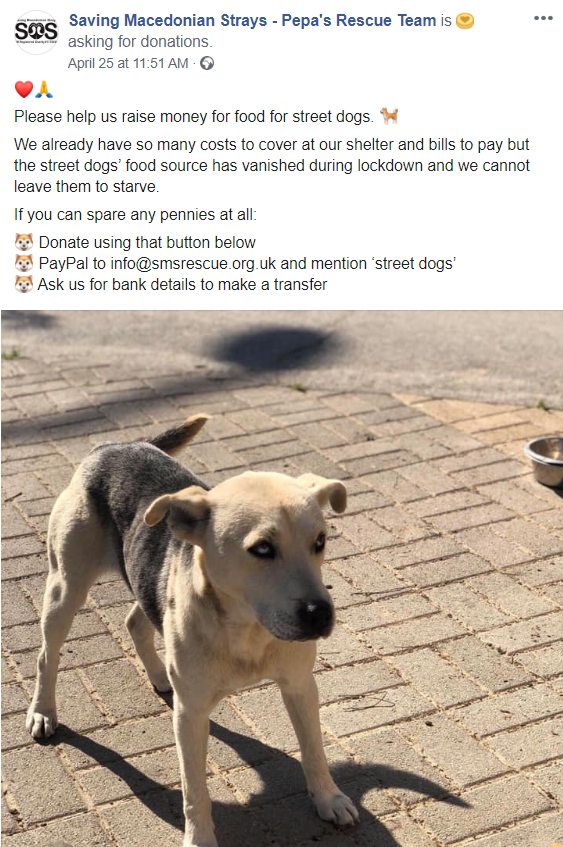 "There are less donations, lots of dogs and not enough resources. We know times are very tough for so many, many people got fired,  and we understand that many are choosing to put their money elsewhere.

But if you can spare some change for us too, we would be so, so grateful. There are very few people donating from our own country, without the foreign help we would not be able to do even half of what we've been doing so far"

When a campaign fails, Animal Webaction cannot deliver the collected products, the organizer receives nothing and the buyers are reimbursed.

10. In Macedonia, neither the state nor the population wants to help abandoned dogs. A lot of animals are left to die on the streets, there is no care for them. 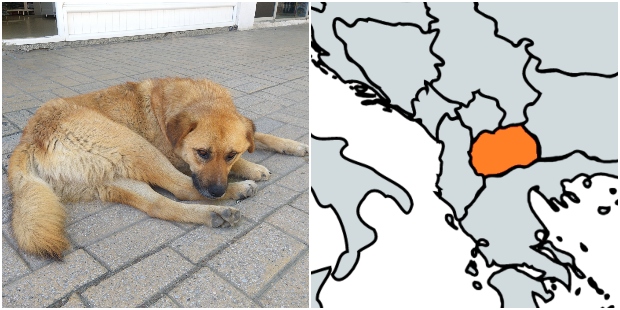 If you know of a foundation or NGO that could help the association, please invite them to contact us so that we can put them in touch.

If you represent a Foundation or NGO for animal protection, please help the dogs of Animal's Voice Macedonia, contact us and we will put you in touch!

11.  If you make a purchase on Animal Webaction, it will be protected by our guarantees.

Here is your quiz Brunette

Brunette was running out of places to live...

Here is your quiz Ramsey