SOS 280 romanian dogs There are 0 kg missing to succeed

This campaign succeeded, it has been delivered on the 13/08/2020, discover the delivery pictures. 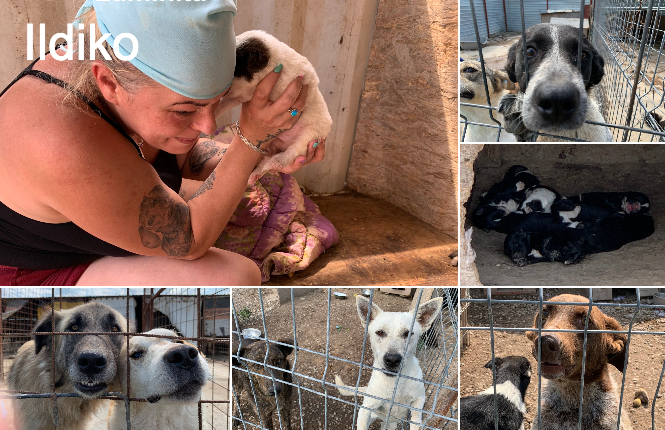 1. In Romania, Ildiko will soon run out of kibble to feed the 280 dogs at her shelter. If no one does anything, they will starve to death! 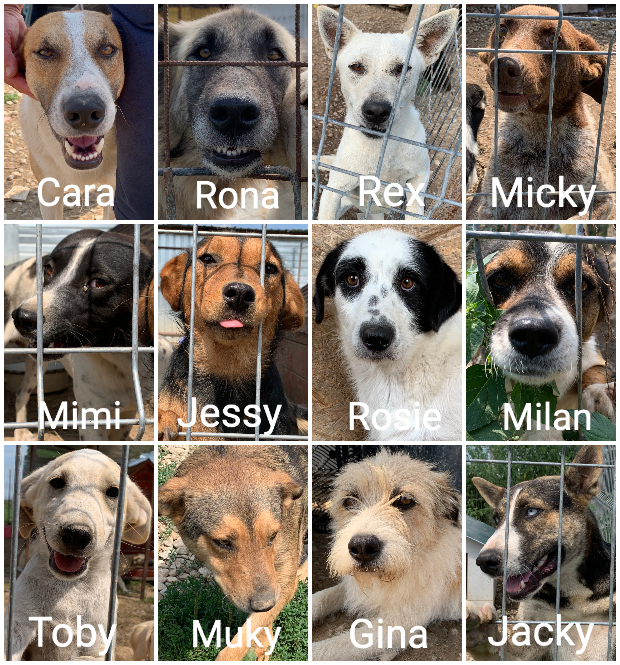 "There are around 280 adult dogs and puppies in the shelter right now. There's been a visible increase in the number of dogs that I found since spring, and many were ill, some are badly injured. The pandemic had many people loose their jobs and I guess taking care of their dogs is not a priority. It’s heartbreaking.

And at the same time, there has been a 100% drop in donations with the pandemic, I am trying to get donations but it has never been this hard. I am worried about having resources to feed the dogs in the shelter. I do my best in taking care of them and would like to see people open their hearts and help more.

I currently have enough dry food for 2 days. It is impossible for me to act alone, with no donations, no volunteers in the shelter, and all of my money that already goes into buying food for them."

2. The shelter is overcrowded, Ildiko fears for the most vulnerable if no food is found, as the strongest dogs might kill the others out of hunger ! 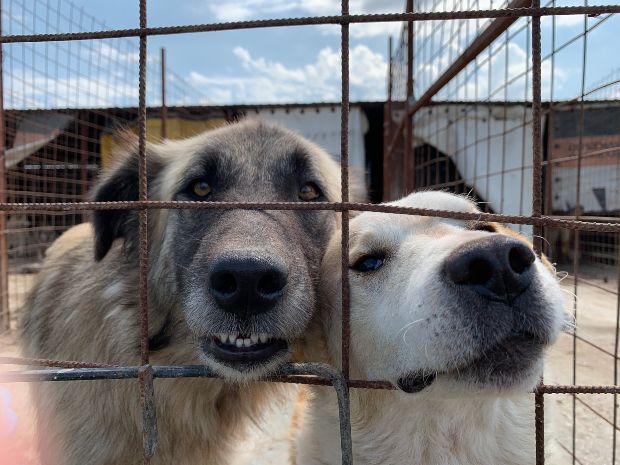 "Dogs are more prone to anxiety and agression between themselves when there is not enough food. If they get agressive with each other I don’t have enough space and kennels to separate half of them. In some kennels we have 4-5-6 dogs, depending on how sociable they are with other dogs. It is a lot.

There have also been fewer adoptions this year. Mostly I managed to get puppies adopted. People no longer want to take responsibility for older or unhealthy dogs. I am especially worried about those sick ones, as well as the  remaining puppies."

3. Rosie was left to fend for herself in the wild and has already lost 2 puppies. Without kibble, the remaining ones could die too! 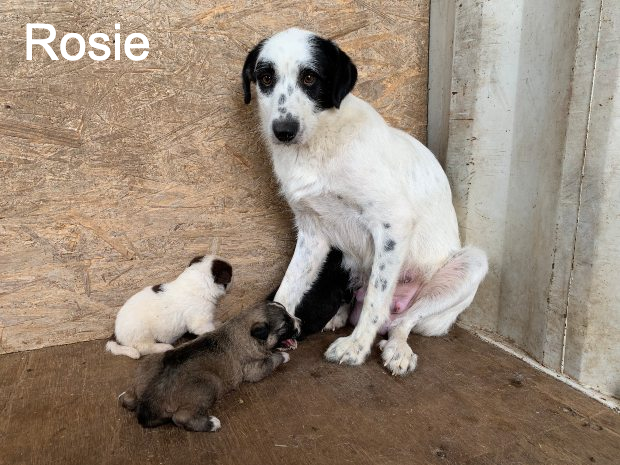 "Rosie has been at the shelter for 3 weeks now. She was found with her puppies, but 2 of them were already dead. They are very small and still drinking her milk, if she doesn't get her strength back, she won't be able to keep nurturing them, they are all at risk.

Things have been worse this year, so many puppies and pregnant females, I couldn’t believe it. People don’t neuter or sterilize the dogs. They just take the females and the puppies and abandon them on fields, with no food source nearby. And it breaks my heart to see all the small puppies and hungry mothers that are just fighting for survival."

4. Because of the pandemic, Ildiko has been left with no donations, while the number of dogs as well as her debts keep increasing. She's exhausted and running out of options! 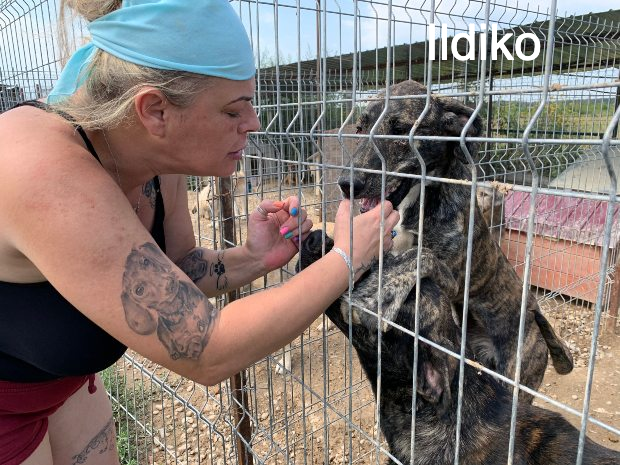 "I mostly feed the dogs from my salary and my husband’s income.. I have no help from other organisations because most of them are in the same situation due to the pandemic. There has been a 100% drop in donations. It is hard.

But they are many, and the abandonment rate has risen so I am having trouble managing on my own. The only help I get is from my husband and my son, when they have free time from work.

The surgeries and the treatments we had these months were expensive, they weren’t only sterilizations. We had the amputation, we have long term treatments, besides vaccines and deworming and flee and ticks protection medication. I try and divide my salary as best as I can, it just isn’t enough."

5. Ildiko isn't asking for money, she only wants kibble to keep the dogs from starving to death! 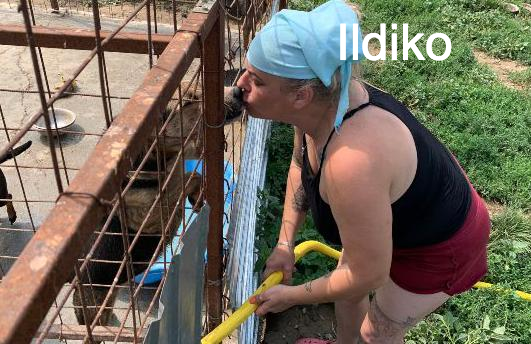 "Honestly I barely have time to think of myself nowadays. Besides the money I need for food and my home, all the family’s money goes into the shelter. All of my free time is spent at the shelter because I have almost no volunteers due to the pandemic. I have had 2 volunteers in 3 months. It is exhausting but I have to take care of them and make sure the dogs are well.

I just don’t understand why people don’t sterilize and neuter their dogs. It brings a lot of disappointment. But I don’t want to give up, I still want to fight for them. Seeing them safe and secure, and adopted brings me true joy.

I still keep faith that there are good humans out there and we will get out of this situation."

6. If this campaign succeeds, Ildiko will not receive any money but 3 000 kg of kibbles, delivered from Animal Webaction's logistic platform in Romania. 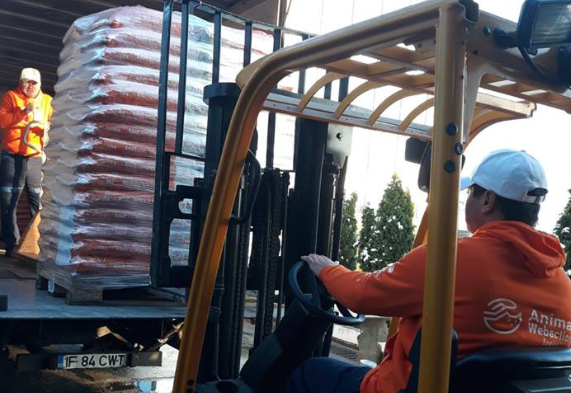 7. Ildiko has been calling for help for weeks but the situation is still getting worse, this food campaign is her last hope. 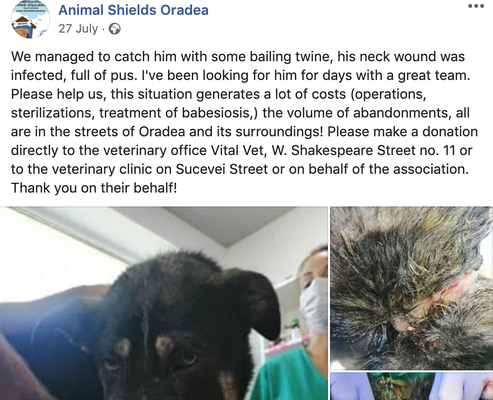 "Well, I have no donations. They were very important for us. It has been really hard this year without them. Friendly associations cannot help us either because they are in the same situation. There have also had fewer adoptions this year. People no longer want to take responsibility for older or unhealthy dogs. I guess it’s because of the economical uncertainty...

I think people have a lot less income than last year. The pandemic hit us hard at an economical level, I know people who have donated in the previous years and now have lost their jobs. I can only hope we will all recover from this...I am trying to keep faith, but times are really hard!"

9. In Romania, it is difficult to find funds for kibbles, there are no aid, no grants, no foundation... Many abandoned dogs die alone in the streets, in complete indifference... 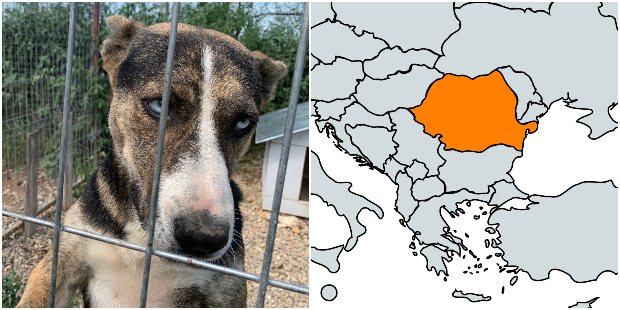 If you know of a foundation or NGO that could help Ildiko, please invite them to contact us so that we can put them in touch.

If you represent an animal protection foundation or NGO, please help Ildiko's dogs, contact us and we will put you in touch!

If you want to come to Ildiko's shelter or if you want to send her directly some kibbles or a check, contact her via her association on Facebook (note: direct help is under your own responsibility).

10.  If you make a purchase on Animal Webaction, it will be protected by our guarantees

Here is your quiz Duchesse

Duchesse was going to be sold for her meat!

Here is your quiz Moly

Moly was rescued from a certain death