SOS 70 Greek dogs There are 0 kg missing to succeed

This campaign succeeded, it has been delivered on the 25/09/2020, discover the delivery pictures. 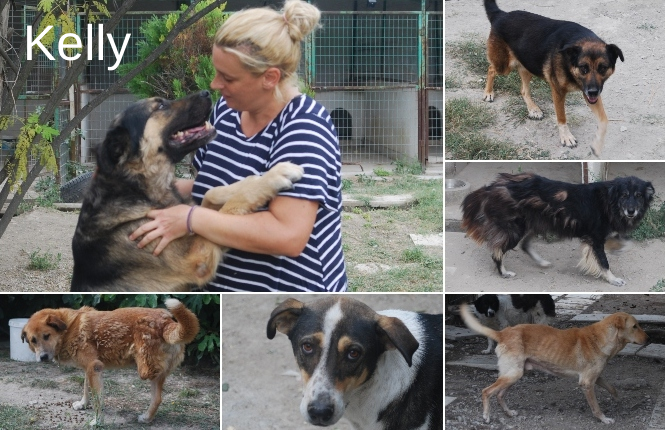 1. In Greece, Kelly is running out of kibble to feed the 70 dogs at her shelter. If no one intervenes, they will starve! 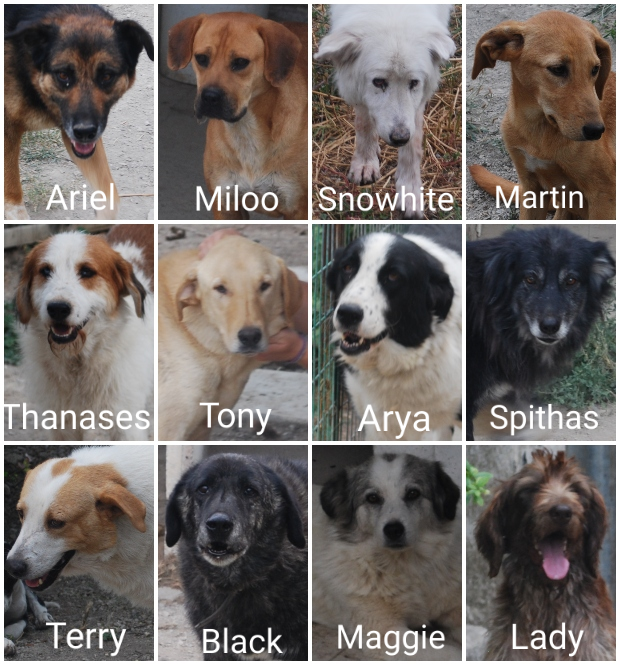 "The number of strays keeps on increasing. Even if I bring in 2 new dogs for example, I take care of them, have them neutered, etc, the next day there will be 10 more...That’s because people don’t neuter their animals and when they give birth to puppies, they abandon the puppies on the streets or right in front of the shelter.

So many dogs imply many associated costs, because most of the ones we take in are sick anyway. And people don’t help or donate as much as they used to, because they are also tight on money, times are though in Greece. Everybody's lacking money, so of course the lack of money at the shelter is also a reality, and a big issue.

We will be able to cover food for this week, but after that we have nothing. If we don't find a solution, I really don't know what is going to happen to the dogs”

2. Without a new stock of kibble, Kelly will have to stop rescuing new dogs. They will die on the streets! 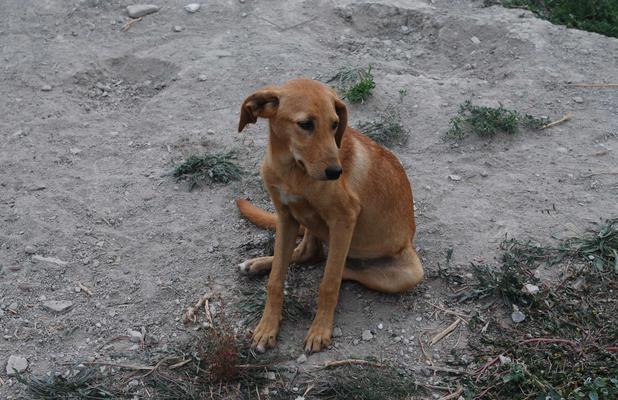 "Unfortunately, we cannot host all the strays out there on the streets at the shelter, there's just not enough space. And even if we do take them in, we won’t have food to give them. So we have to limit the number of dogs.

Our biggest fear, and I think I’m speaking on behalf of every volunteer in Greece, is what’s gonna happen to anyone in need if we don’t manage to get there in time, or not get there at all. For street dogs, lack of food means death...

There’s a huge number of abandoned adult dogs and puppies on the streets and most of them, if not all, are sick. Lack of money, lack of food as well as the lack of volunteers really hinder our abilities to do more at the moment. One person can only do so much! We need help."

3. Tony's auto-immune disease weakens him a lot. Without kibble, his treatment will prove ineffective, and he suffer many complications! 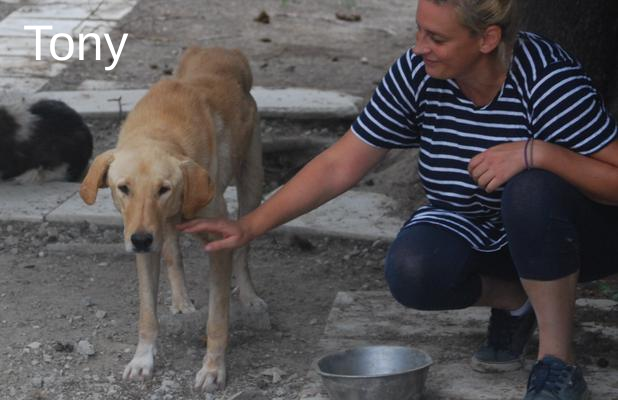 "Tony is around 3 to 4 years old. We found him on the streets with a wound at his neck, from an autoimmune infection. The autoimmune disease weakens him a lot, it goes back and forth. Sometimes he's better, sometimes he's sick.

At the moment he's sick, he has big sores on his body and he has to take cortisone and antibiotics for at least a three weeks. This treatment is very expensive. He is stable for now but things could get worse at any time, the treatment makes him very skinny and if he is not fed enough, the consequences will be disastrous for him.

He will be even weaker and his wounds would never heal, and then we would have to deal with infection or even sepsis. Also the medication he is taking is quite strong so he needs a full stomach otherwise he will get an ulcer. Having a good and abundant diet like kibbles is definitely a must for him."

4. Kelly and her husband Sakis use their own ressources to care for the dogs. The drop in donations has put a huge strain on their budget : they can no longer buy kibble! 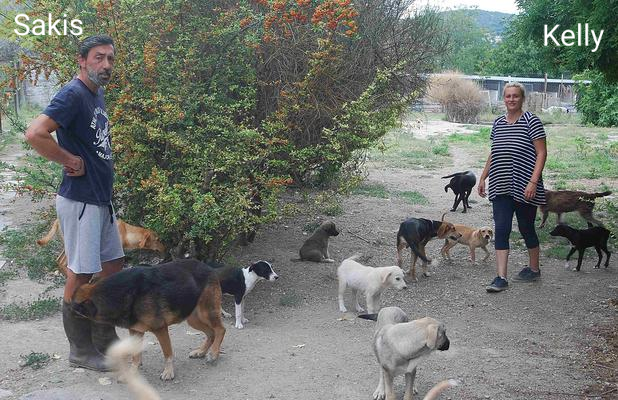 "We use our own money and donations to buy food for the dogs, treatments and so on. Lately there has been a big drop in donations. We are currently in debt for both buying kibble as well as the vet treating our dogs. Right now we know we can’t have everything so we focus on food first and then any medical treatment.

The lack of volunteers is also a big problem. There are so many tasks to do and only my husband and I, nobody else. We can't afford employees either. To be honest, I don’t believe we will be able to get more hands on deck for this mission. I hope we do, but I don’t really see it happening.

People here don't all share our views about animal welfare. I don’t mind going out on the streets and gather 10 dogs to bring to the shelter every day, I mean, I know what I must do in order to save them. When other people get in the way, trying to stop me from doing that, having to deal with that is also one of the most tiring tasks”

5. Kelly isn't asking for money, only kibble to keep her dogs from starving! 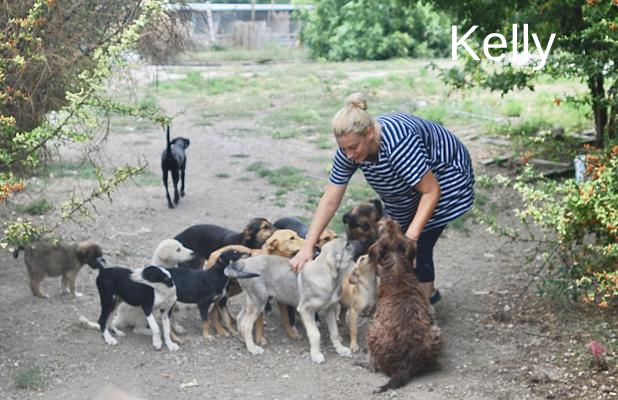 We had people travel from abroad, stay here a whole week to get a stray dog, to adopt that dog and get back to their country. And even though the government doesn't make it easy for us to send dogs abroad for adoption, we try our best to send as many as possible, ad we really hope to eventually see an increase in the adoption rates."

6. If this campaign succeeds, Kelly won't receive any money but 2100 kg of kibbles, delivered from Animal Webaction logistics platform in Greece. 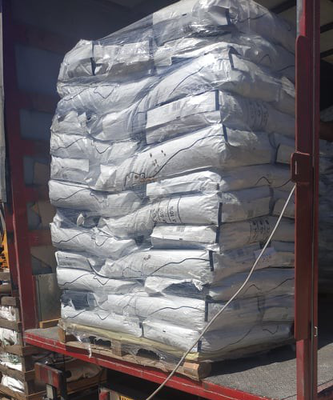 Animal Webaction has a logistic centre in Greece, which enables us to intervene quickly and deliver kibbles.

7. Kelly's trying her hardest to find creative ways to bring in money for her dogs. Despite her efforts, her costs are far higher than her donations!

"There is a noticeable drop in donations, people still help, but not as much as in the past. But that’s mainly because the dogs in need are way more in numbers than they used to be. This is a bigger problem, bigger than us as individuals.

We’re trying to find new homes for the dogs in order to bring more dogs in, to take care of more of them, but it's not easy. We cannot let our dogs hungry, we cannot get to the point that we're not be able to feed the dogs at all. We cannot let this happen."

When a campaign fails, Animal Webaction cannot deliver the collected products, the organizer receives nothing and the buyers are refunded.

9. Greece counts thousands of stray dogs, and the pandemic is making their situation worse. Volunteers such as Kelly are their only hope. 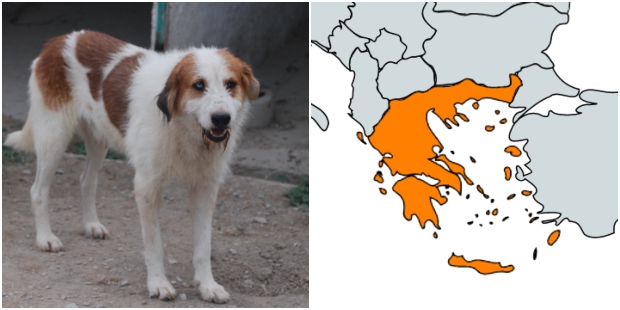 If you know of a foundation or NGO that could help Kelly, please invite them to contact us so that we can put them in touch.

If you represent an animal protection foundation or NGO, please help Kelly's dogs, contact us and we will put you in touch!

If you want to come to the volunteers' shelter or if you want to send them directly kibbles or a cheque, contact her on Facebook (note: direct help is your own responsibility).

Here is your quiz Witch

Witch is too wild to be adopted

Here is your quiz Romance